Our first example is the Diet Coke “Panty Fetish” ad. It features a guy (Ben Affleck!!!) talking about how it’s ok that she has white panties with yellow flowers on them, because it was the kind of underwear he saw as a kid. The final line is “There’s something oddly reassuring about white cotton underwear with yellow flowers.”

I’m thinking they smoked a ton of weed in the pitch meeting. How does an agency sell a panty fetish ad to Coke? Did they have incriminating photos of the CEO of Coke? This is the worst of the triumvirate of new Diet Coke ads. The ones with voice work from Renee Zellweger and Ed Burns are miles better than this one. I’m guessing this was the one Coke wasn’t supposed to buy, but figured, after taking one more bong hit, that this would be the the true test of the Diet Coke drinker. Either that or the focus group had four people who were ok with the panty thing.

The soundtrack adds a kind of college nerd panty sniffer vibe. The music is the only good thing about the ad, Mazzy Star’s brilliant “Fade Into You”, but it just makes the guy sound even creepier. And I suppose he loves his wife and all, but I think he loves the panties more than the wife. Either way, sad day for Diet Coke. No excitement, no fun, just sicko panty boy getting all reminiscent about the panties. See the ad here. Terrible!

First, if they are going for the mid-30s crowd, I think they’ve missed it. Second, if they are going for women who love panty sniffers, they’ve come close, but then the Ben Affleck quotient kind of tweaks the pervy lady away from the sniffer thing so they’ve missed it. Third, if they are trying to appeal to a new, younger, slightly edgier audience and one that includes panty fetishists, they’ve nailed it. I suppose it’s a good day for for panties. For the life of me, I can’t figure out the creative strategy of this ad. None of the usual Coke brand stuff is there. It’s the exact opposite of Whitney Houston singing just for the taste of it. And it’s no better. 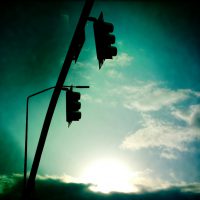