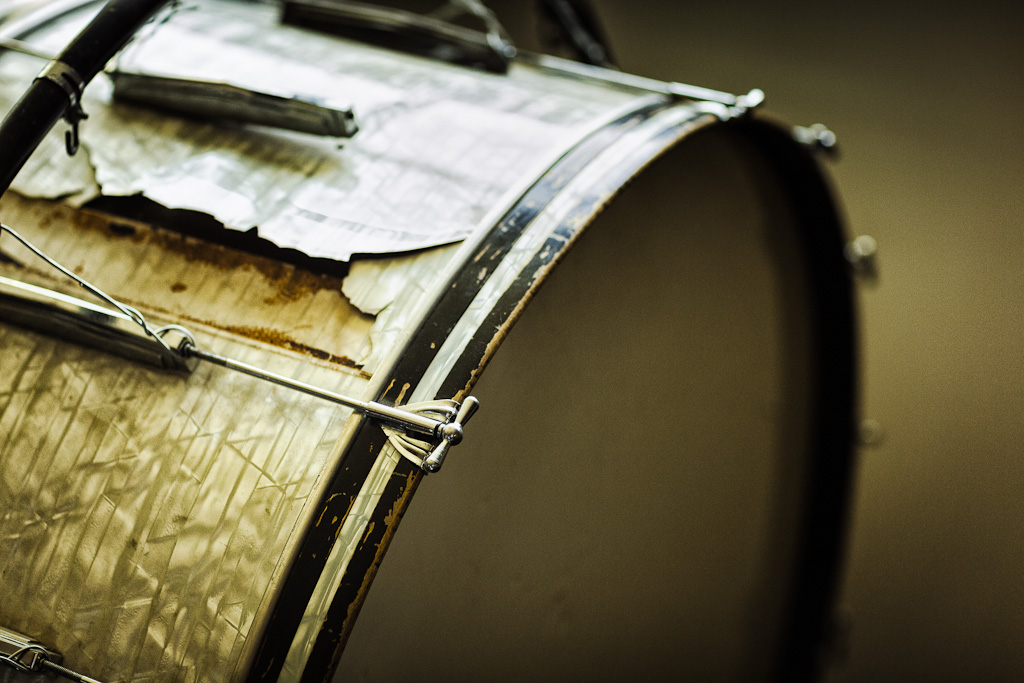 Back at the end of June, I took a trip with JB & McQueen to the town where we grew up and became friends. We pulled up to the high school and immediately noticed that the school had changed dramatically since our last visit in 2003. As on that trip, we found an open door, snuck in and wandered around the school. The building then was nearly exactly as I remembered it. This visit, the only parts that weren’t demolished and remodeled were the auditorium, the choral room, the band room and a small theater. All of these rooms were next to the auditorium. It made sense to keep them; they are some of the best rooms in the school.

When we went into the band room (open! unlocked!), the massive (18″ x 48″, approx.) concert bass drum was there. McQueen and I played countless notes on it. In our time, the room was full with 100+ students and the drums were as far back in the room as we could get them. The back of the trumpet section chairs were centimeters from the drum gear. We had to muffle her with music folders or else deafen the trumpets. Even during concerts, we never fully put her upright and rarely moved the folders off the top head. She was too damn loud, the stage too small and the music we played never really called for a ƒƒƒƒ stroke. When I saw the state of the drum, and how small the room looked, it was as though I’d gone halfway through a shrinking machine. At first, I was saddened by the cracking veneer and that the rubber support straps had been replaced with metal wire. Not good for sonic purity; they stopped caring, clearly.

While the band was pretty good during my high school years, it wasn’t like the high school were they had their own tractor trailer to haul the marching band around and parent boosters doing heavy fundraising year round. Support for the arts at our high school was always secondary to the sports programs. Still, for a rural school to have a concert band that large? I think it was a unique history. We had jocks, nerds, dweebs, geeks, wastoids, cowboys, toughs, hotties etc. in band. It wasn’t just band nerds. It was a cross section of the school. Sophomore year, two of the oboists played a flawless duet. I believe they won something somewhere for their performance and played for us during class to thunderous applause.

Senior year, the band director, Earl, said that our senior year would be the last good orchestra, as the district had phased out teaching orchestral strings to 4th-6th grades to prepare them for middle and high school orchestra. We did have a good orchestra that year. During spring term, I sat in on tympani for a few pieces. During the final concert, I nailed a 24 count ritardando crescendo roll on the lowest, largest tympani. Probably the best roll I’d done in my musical career up to that point. At least that’s how I remember it.

As I took in a deep breath, 2012 AD, trying to transport myself back to the present, I couldn’t shake the thought at the preposterous notion we could have ever fit that many kids and their instruments in that small room. It’s a miracle that Earl survived with that many students making that much noise each weekday. He was pretty laid back, and as I’ve aged and had my own children, I can see that he’d have to be very chill to make it through to retirement.

Being in band was a point of pride for me as all of my older siblings were in band and played under Earl’s baton. I still think fondly of the hours listening to sections rehearse parts while catching up on homework, sleeping, talking about girls, movies, girls, cars, sex we weren’t having, girls, sex we wanted to have, girls and who was the best drummer between Neil Peart and Stewart Copeland. Note: I started with Neil and moved to Stewart late in my senior year.

As I touched the head of the aging drum, I wondered if she was even close to the same for the students who had played her over the years, if they had the same great memories I did about getting away with the bullshit that we did, hiding behind the drums at the back of the room during third & fourth hour. E.g., one day sophomore year, one of the tuba players decided to show us his wang. We got busted for laughing too hard. He didn’t get talked to in the least. I think I was asked to leave the class three times, that being one of them. The other notable time was for dicking around playing brushes on the snare trying to emulate Vangelis’ syndrums in his theme from Chariots of Fire. I got straight As in band, though.

The one thing that made me happy in seeing this drum still surviving was that at least she was unmuffled in the proper concert position. I had great hope that whoever played her like this felt the awesome power of sustained boom she could create, even if only for a moment or two.

Affirmation: The past is beautiful. And mostly a lie. 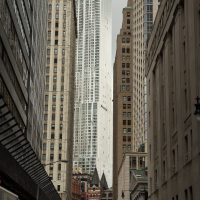 The New and The Old 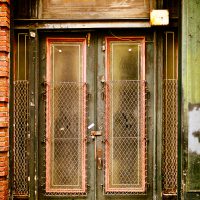 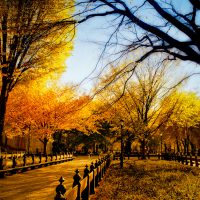