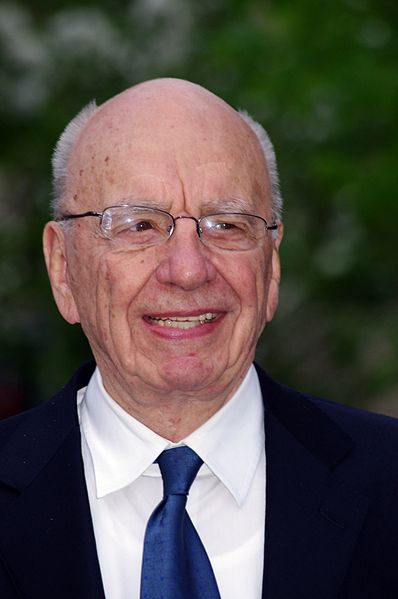 Blood in the Water

I’ve been absolutely riveted by the events in the UK news media over the past week or so. Every day reveals a new ethical low for the editorial and publishing staff, particularly those higher up in the chain. It’s nothing short of a media scandal of Watergate proportions. I thought it was a bit of bloviation when, in Newsweek, Carl Bernstein compared the phone hacking by the British tabloid News of the World and other News International properties as “Murdoch’s Watergate”. If you haven’t been following this story, News International is owned by Rupert Murdoch; he of Fox News, UK’s The Sun, Sunday Times, etc. etc. From Bernstein’s piece:

As anyone in the business will tell you, the standards and culture of a journalistic institution are set from the top down, by its owner, publisher, and top editors. Reporters and editors do not routinely break the law, bribe policemen, wiretap, and generally conduct themselves like thugs unless it is a matter of recognized and understood policy. Private detectives and phone hackers do not become the primary sources of a newspaper’s information without the tacit knowledge and approval of the people at the top, all the more so in the case of newspapers owned by Rupert Murdoch, according to those who know him best.

Bernstein is in the most unique position to speak about Watergate. He was one of the lead reporters who broke the story.

Yesterday it was revealed in this Guardian story that News International staff from The Sun, Sunday Times, in a 10 year period, targeted former British Prime Minister Gordon Brown.

Which in and of itself isn’t a shocker. Media outlets of all stripes have their favorites and their enemies. Murdoch isn’t shy about his conservative leanings or airing a 24/7 torrent of conservative talking points across his media holdings. What makes this series of discoveries so extraordinary is that this scandal shows a deeply corrupt and criminal news gathering and dissemination organization operating at a shocking scale to find private information out about political leaders up and down the hierarchy. The stories coming to light about a corrupt police force being paid to provide access to News International staff for salacious scoops is the stuff of dystopian fiction; the frightening reality is that for most people who have always suspected that Murdoch is evil are now realizing that the only thing they didn’t get right was just how evil he really is. Here’s a sampling of what News International did to Gordon Brown (from the above linked Guardian story):

Brown was targeted during a period of more than 10 years, both as chancellor of the exchequer and as prime minister. Some of the activity clearly was illegal. Other incidents breached his privacy but not the law. An investigation by the Guardian has found that:

Horrible. Mr. Brown’s condemnation is here. From this piece:

“I’m genuinely shocked to find that this happened. If I – with all the protection and all the defences that a chancellor or a prime minister has – can be so vulnerable to unscrupulous and unlawful tactics, what about the ordinary citizen?

“I find it quite incredible that a supposedly reputable organisation makes its money at the expense of ordinary people.”

And that is the most terrifying bit of all. A rich and powerful media mogul running roughshod over the system designed to protect individual rights in order to sell news.

Murdoch owns a lot of media properties under the umbrella of News Corporation in the United States, including:
20th Century Fox, Fox Broadcasting, Fox News, Fox Business News, Dow Jones (including The Wall Street Journal & Marketwatch), Star (tabloid) and New York Post. Murdoch owns a sizable stake in DirecTV as well. As this scandal spreads, it’s looking more and more like some of the people Murdoch has running entities in the U.S. might be forced to resign due to their history working in the UK for News International while the illegal activities took place. The most likely is current editor of The Wall Street Journal, Les Hinton, who was chairman of News International before Murdoch installed him at the head of the Journal.

News International appears to be an organization bent on destroying lives of its enemies. Or even it’s own staff, if this 2002 Daily Telegraph story is to be believed (choice quote at the bottom).

From The Daily Beast:
News of the World: Will the Phone-Hacking Scandal Ensnare Dow Jones’s Chief?

Tina Brown’s editorial (of note, her comparison of Rupert Murdoch to Voldemort):
Tina Brown: Rupert Murdoch’s Dark Arts Hacking Scandal Hasn’t Vanquished Him Yet (Ms. Brown’s husband was editor for The Times of London for a couple of years in the early 80s and wrote a book about his experiences. Crazy.

New York Times (might be paywalled):
A Tabloid Shame, Exposed by Earnest Rivals

The story that wouldn’t die: News of the World Tabloid Hacked Missing Girl%u2019s Cellphone, Lawyer Says which references the bombshell story from the Guardian that lead to the closure of News of the World: Milly Dowler’s Voicemail Hacked (Ms. Dowler was murdered at age 13 in 2002). This story has been gestating for years.

We are living a historical time in the media landscape. Normally I’d be referring to the internet and what has happened with personal publishing. Today, we are watching what happens when a conservative love of regulation-free markets allowed a person such as Murdoch to mass his power and use it like a cudgel against heads of state, the police, royalty, famous people and ordinary citizens. The very notion that Murdoch’s minions worked to skirt the law and invade personal privacy should set conservatives & libertarians aflame. But that’s in a normalized political landscape. Given the teat of nonstop conservative effervescence from Fox News, it will be interesting to watch how conservatives bend and contort to defend their amoral media master.