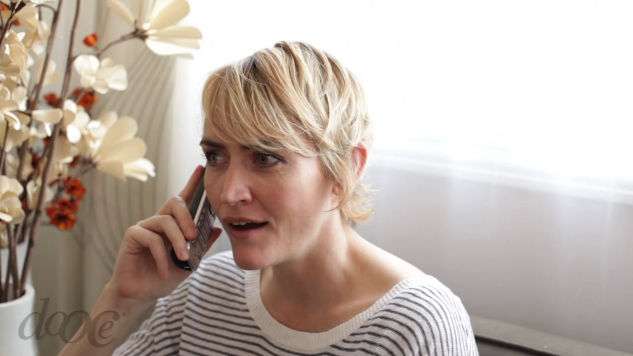 Many of you have likely seen the guest room remodel video posted to dooce.com. These posts were booked awhile ago and when Heather asked me to help her with the video, I was happy to help. It has meant being at the house nearly every day (weekends off!) for the past week. More about that in a moment.

Technical info: the store location video was shot by a friend of the Tyrant using an iPhone 4S. The house stuff I shot on the Canon 5D Mk II. I shot some of the empty room in the day time and it wasn’t so good. The night stuff was better, but the reflection from the windows was insane and when I did some work on the windows to fix it, those shots are super dark. Especially compared to the shots of Heather in the office.

I’m getting to a place with video work where the most time is spent in editing. Close second is setting up and planning shots. Editing is by far my favorite part of the process. I can’t deny that it was nice to take someone else’s video and work it. Heather was more involved on the creative side and that was very refreshing.

Many of you might wonder why the hell I’d agree to help Heather. And I’m with you. I’ve asked myself this question plenty. I should mention that I’m still a partner of Armstrong Media. It’s in my interest to have the business be successful. By extension, it’s in my interest for Heather to be successful. It’s also been a great opportunity to work on the necessary changes in the relationship dynamic that I need to make. It has not been easy work. Being at the house and working in the office has been a challenge on more than just an emotional level. Productivity has been difficult with all of the distraction (Marlo, other people, etc.) that working from home provides. I’ve enjoyed parts of my schedule while apart, even with the unpredictability and the uncertainty. Coming back home to work has forced more than a few realizations.

At the forefront is the abundance of ironies. That Heather is outfitting a guest room via help from a sponsor while I shop for furniture for my new place is one of the more bittersweet ones. The most cruel irony is that I have felt like a stranger in my own home. It’s less pronounced now that Heather is in New York and I’m sleeping in my bed, but I still feel strangely dissociated from the physicality of the house. The girls have anchored me firmly in my role as father and have eased some of these pangs. It has been a strange couple of weeks. I don’t like being a stranger and I certainly don’t enjoy the pain that those emotions bring.

Some of you have brought some of these ironies in emails and comments and I appreciate the observations and support. Many of you have correctly surmised that I didn’t want this separation. But now that it’s happening, I’m finding the good parts, finding the positive things about it and taking the opportunity to learn and grow. I’m doing therapy again and it’s helping vastly. Except the part on Monday where I was so deep into composing music and editing the video that I completely spaced my appointment. I think something about iTunes Match jacked my phone as well as all of my events in the calendar lost their alarms. And the preference for an automatic alarm when creating an event was turned off. So I blame myself first, technology second and the GOP third.

Other things that I feel need to be mentioned are:

I don’t know if the music I did for this video is your thing, but I had a blast writing and constructing. Especially late at night with my headphones on finding loops for the second part of the video. I was going for a mid-70s vibe with some of the sounds. Think of the rhythm guitar on the Rolling Stones’ Miss You or the chorus in Paint it Black with the heavily gospel-inspired backing vocals. I think it works for the video. I could tweak the hell out of it, but as the coders say, real developers ship. Real musicians have to ship as well. The big problem with working digitally is that the temptation to tweak is so great and so easy to do that it takes a great deal of restraint not to want to dive right back in. I would imagine that many debut albums are victim to this and it explains, for some artists, the sophomore slump. Cf: George Lucas.

Link: Inside Design: Netflix « Thoughts on users, experience, and design 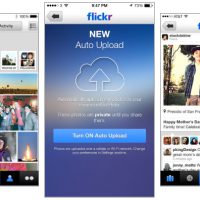 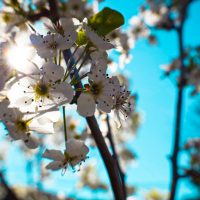