This song is a straight up Merkley joint. He brought this in fully written and the rest of us just added a few touches here and there. Merkley bought a sampler and began to bring in songs he did fully composed. I think I added a some of the keyboard sounds on this one (clavinet, whoosy synth) but Merkely brought it in with some of them. Plus, the sax solo is a ripping good one.

I believe we recorded this at the less expensive studio where we did our first tape and if that’s so, I’m surprised at how big this sounds given the 16 track limitation. I’m a little disappointed at where the keyboards live in the mix, but no amount of tweakage during my remaster sessions could rescue them. At the beginning, you can hear a click, but it’s the air moving out of the trombone and into the mic. We didn’t discover this until it was too late. It’s not too bad in the middle of the track, but it’s there during the fade in.

Mixing this kind of super heavy guitar-laden song is an enormous challenge, especially given the wall of guitars in the breaks. Super loud and super hard to remaster objectively. This track was a direct result of listening to too much Fishbone. It’s a good track, just a departure from the brand of ska we had been up to. 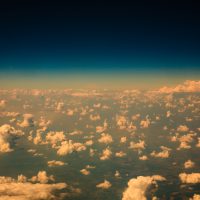