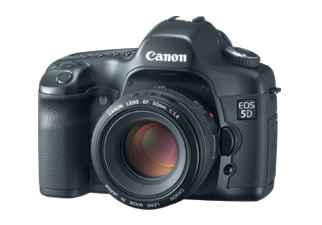 I wanted this to be an in-depth post about the Canon 5D and why we chose it over other cameras, specifically how that relates to our existing Nikon D70s. Also, how it relates to the Canon/Nikon “war”. Apparently, a “war” that is similar to the PC/Mac “war”.

Instead of dealing with those large issues, as I don’t really have a platform preference for cameras (I love Holgas, for example, does that mean the Diana or other toy cameras need defending or shouting down??), I’m going to just give you the gear rundown and a brief note about why we chose the 5D. We still use and love the Nikon D70s. But we fight over the 5D. Which is why I did a morning walkabout in Manhattan while Heather was doing her thing on our New York trip last month.

First, we wanted to buy a second camera, largely to reduce the back and forth when we travel together and shoot. “Did you take this one? Did I?”

Second, I wanted to take a step up. We looked at the Nikon options and the Canon options. For us, the Canon options looked more attractive from a price/specs vantage point, very similar to where we were in 2004 with the Nikon purchase. I think I’m more drawn to the Canon lens options. Save your arguments about awesome Nikon glass for a photography forum or a digg post. It’s not so much about the quality of lenses as it is options with price/features. I think Canon and Nikon make great lenses. As do a number of manufacturers. The Canon line appeals to me a bit more. Faster speeds and a wider selection. Will I use all of that range? Dunno. But when looking for lenses for the D70, I decided to wait, as it seemed that Nikon was in the middle of a lens lineup refresh.

When we were in Austin last spring, I shot with a Canon 24-70 2.8L USM and its buttery goodness forced me to make a mental note. A couple of hours later, I was able to take a few shots with a 5D and the game was nearly over at that point. So a Canon would be our second camera. And then we replaced our sewer. And got sued. I took on more freelance work. And then Santa Claus came.

Third, to get a full-frame sensor in a digital SLR meant that there were only a few options. The 5D was not only the cheapest, but really the only one in the Canon line for us. There was only one other full-frame, high megapixel camera: the 1DS Mark II. It is more than double the price. It’s a fantastic camera, but for us, too rich.

Fifth, Canon is not paying for anything in this post.

Sixth, I’ve gotten a flood of email and a few comments about what we use to handle the RAW files. On our tower, which is Heather’s machine, we have Adobe Creative Suite 2, using Bridge and the Camera Raw plugin into Photoshop. I use Adobe Photoshop Lightroom (a free beta app) on my laptop, and I’ll pop into Photoshop CS when I need to make a quick edit. I’ve heard good things about other apps, but it really depends on how you work and what you are looking for. Right now, this is our setup, but it will likely change.

Seventh, storage. We’ve gradually purchased larger and larger Compact Flash cards from Costco. We have three 2gb cards and two 1gb cards. For the computers, I’m looking at external drives, and we’ll probably settle on a Western Digital or Seagate. The Western Digital 500gb RAID 1/1Terabyte RAID 0 with dual FireWire 800 ports is looking pretty sweet, if a little more expensive than the Seagate options. I’d like to be able to move it around from computer to computer for backup purposes, so an external drive is looking like the way we’ll go.

Eighth, getting pro-level gear (I think the 5D is on the high end of the prosumer designation) is part of the process, as is working to take better pictures. The extra megapixels and improved sensor mean that we have more information to work with when doing things like Chuck’s calendar or other stuff we’d like to share. More on that soon.

Finally, we hope to get better as photographers and share our work with you, because you are a big part of the reason we can do this. So thanks again and if you have further questions, post them in the comments. 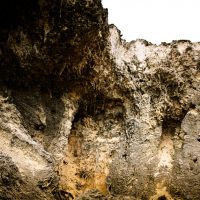 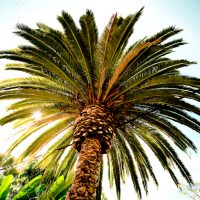 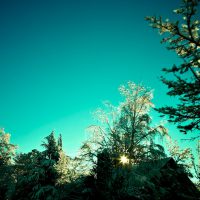 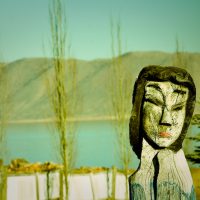