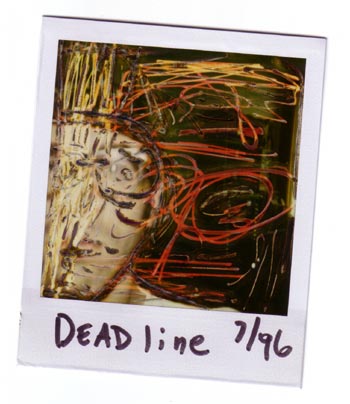 The above picture was created seven or so years ago, but describes my emotional state as a professional and an expectant father.

I’ve had little time to do things like writing or posting photos. I have a load of photos to post. Really.

The polarity of pending parenthood (“I can’t wait to see this baby!” “What in the name of God have we done??”) is matched by the fires in California, the snow currently falling and the possibility that two friends may be stuck somewhere on motorcycles in the middle of the two extremes. And I haven’t heard a word from either of them.

Nevermind that it’s looking like snow for the next several days and I have neither a snow removal implement in the form of a shovel nor a machine (preferred) to decimate the snow at 90 mph.

Plus, I was going to write about the joys of leaf management with this device, which I own. Upon unpacking said device, a kind of laughter emitted from Heather that I thought might mean an ER visit. Her peals were quieted upon witnessing the utter decimation of the leaves in our front yard, despite me holding the Mulchinator, appearing like the Governor-Elect of California in Terminator 7. Snow has pretty much destroyed any more chance of breaking out my latest design-by-phallus toy until next spring.

My Lawyer Advised Me Not to Respond