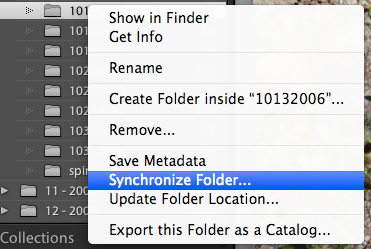 Yesterday I wanted to give Heather the ultimate Mother’s Day: unlimited napping potential and uninterrupted solitude. This might seem a little strange, but given the state of things with the nesting and the impending baby as well as the fact that we spend our days working together, I can’t think of a better thing to give Heather. Except breakfast at her favorite diner. I hope that place never closes, because we survived on it in Leta’s early months and because it has three foods Leta will eat on the menu.

Leta and I spent the morning on computers. Leta is getting bored with the simpler Flash games and is requiring a narrative, a problem to solve and more hand-eye involvement. I found a couple of super girlie places online and Leta did well. While she was entrenched in her games, I started to fix metadata in old photos.

I started shooting RAW in the last part of 2006 using the Camera RAW plug-in and then moving to Lightroom. Both the Camera RAW plug-in for Photosohp and Lightroom will embed the tonal work, cropping, and other metadata that was added while working on the photo in its RAW state. The problem is that when I moved the files to the Drobo, we lost those changes. So I’ve been manually re-synchronizing the hundreds of folders of tens of thousands of images we’ve shot in RAW since 2006 and making sure that the collection has the correct metadata.

In doing so, I’ve been seeing a lot of really great memories and learning alot about how to manage a large library of photos. I have changed computers a couple of times since 2006 and that complicates things a bit. I also used to do a lot of my photo work on Heather’s desktop as well, further complicating the digital workflow. I thought I’d share a simple list that relates a little bit to this post where I talked about how to handle folders and files.

I believe that this digital nesting instinct is my response to the final weeks of prep for the baby. I want to be able to add the tons of photos we will take of her without having to think about each and every set. Just shoot them and add them in. Once a system is in place, it makes working so much easier.

Heather’s system is simpler and likely better. She does a folder for each shoot and dates each folder. She just uses Camera Raw and Photoshop. Camera Raw on her machine is set to spit out a sidecar file (same name as the original file but with an .xml extension) that holds all of her changes to the RAW file. She does not save the layered work file (yet) in the same directory as the source, but I’m working with her about that. However, her discipline in working like this means that the only concern as a librarian I have is that I got all the photo folders and is the metadata current for all the images.

Lightroom has a quick way to look at a folder of images and grab the metadata from external files if there are any. It has become my best friend these past few days. Right click on a folder in Lightroom and choose “Synchronize Folder…”

Anybody have any other tips for dealing with large photo libraries? Please share!

The Best Burrito in SF