This and the four others I just uploaded to flickr were taken on our Los Angeles trip four months ago. When it was over 100°F in the shade. It was so hot that we bought two large Otter Pop like treats from a street vendor and they melted faster than we could eat them.

It’s nice to think of that kind of heat when it’s cold out and there is a layer of ice on the driveway. 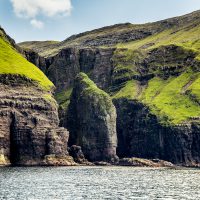 Guess who spilled this?