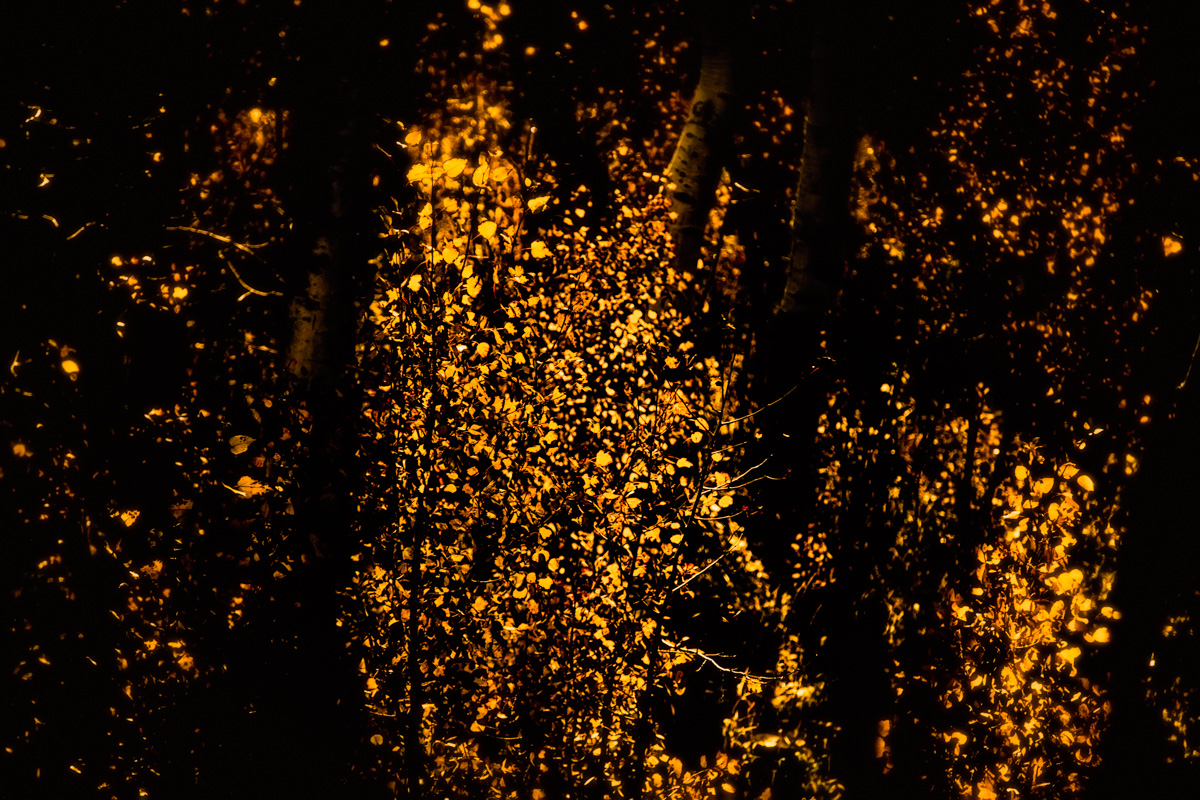 Looking at the late afternoon light hitting these gold aspen leaves I saw an abstract painting in my head. I tried to capture that when I clicked the shutter release and later when editing/processing. Fall colors in the Utah canyons tend to be predominantly yellow, especially as the season advances. When I took the drive up the mountain to capture the colors this year, most of the oranges and reds had gone and this image of yellow specks spoke to the missing other colors.

TL;DR: I want to keep writing and definitely keep sharing images, but in a more balanced way. Sidebar: grief from death of a loved one has been a major reason for not sharing.

I’m feeling optimistic. Typically, this time of year, I start to think about the cold, the wet and the snow and I get a little melancholy, with the diminishing light and all. But the past couple of years have been different. Last year, I was looking forward to finishing the year of firsts; first almost year as a single parent (first night with the girls), first Thanksgiving without my girls, first Christmas tree in my own place, first year of really sustained work sharing photography and trying to write more, first year of really making an attempt at being present and positive, first year just sitting with everything. This year, the holidays will be different in many ways, most of them good. Really good.

And so how is it that I have found a sense of calm in what has been a year full of change; full of tragedy and hardship yet full of peace and dare I say it, happiness? Therapy has helped. Taking the time to look at history and my choices has been a great exercise that will continue. Still, it’s been a far bumpier year than I planned or hoped. I’ve spent more than half of it almost mute here. I’ve continued sharing images because photography has been an integral part in helping me look at things in new ways, including myself. I could make a proclamation about how photography saved my life, but that wouldn’t be true. Photography helps me slow down and see. But that’s just part of it. Since before the separation, I had resolved to write more on Blurbomat. The writing has helped as well. So much so that I was on a panel at a conference about writing through hardship, which I did through 2012, some of it painfully awkward and awful.

I started 2013 with a resolve to really restart and push hard into whatever my future was going to look like. I got a great start. But the universe had other plans for me this year. When it was clear that my mom wasn’t well and wouldn’t be getting better, my family asked me not to share the details. That’s one reason I haven’t written as much. They didn’t censor me. They shared their wishes and I agreed. I figured I’d just find other things to write about. From April until now, I’ve felt more powerfully than ever before, the need to slow down to almost full stop. I’ve been more professionally flaky than ever. I’m still emerging from this, but somewhere, a corner has been turned. Or is being turned. I’m still not clear on where in the timeline of the turning and cornering I am, but I feel the subtle g-force that comes when cornering.

Among the other reasons that I’ve felt less writerly is that I’ve wanted to keep some parts of my life less public. Yes, I know. It’s crazy to be a blogger and want to share less. But there it is. I won’t lie, I was drawn to blogging to share. It wasn’t about being hip or cool or trendy. It was about writing and sharing and observing and asking questions and being mad at ultra-conservatives. When people responded and my life went in incredible directions, I kept sharing. Even with the separation, divorce and new life, I’ve felt a need to share. However, I’ve also been trying to balance things more. My family’s request to not share so much about my ailing mom was the final push toward not saying so much.

Finally, to be very honest, my mother’s passing has had a profound effect on me, including an inability to say much here. The tragedy of separation and divorce helped me write more. Death and my grieving for my mother has had the opposite effect. I didn’t think it would be that way, but it is. I can say my mother is in a better place or that her suffering has ended or that she lived a full life, but I still feel the pangs when something good happens and I want to share it with my mom. I’ve had the strangest moments moving for my phone to call her and realizing she’s gone. Even now, so many months later. By writing this post, I’m effectively sharing with you, gentle readers, that which I cannot share with my mom.

As an underscore to the paradox of emotion around grief and optimism, I had a clarifying moment over this past weekend at a viewing for my uncle. I was speaking with my aunt and after exchanging condolences and asking how she was doing, she stopped me and looked in my eyes. The look was full of profound, selfless kindness and had a familial directness that reminded me so much of my mother. My aunt gripped my arm more tightly, leaned close and asked me how I was doing, given everything that has happened in my life.

My response? Things are getting better for me. 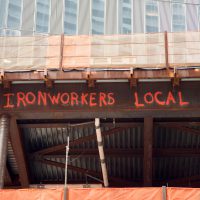 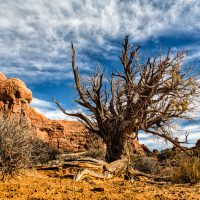 Life at the Edges