This is what I think is happening to the GOP right now: Dying.

A cavalcade of links:

“This vision of America as Jerusalem surrounded by Roman soldiers, or perhaps as Rome itself beset by barbarians, is alien to most Americans. Yet, as the Democracy Corps memo lays out, a similarly apocalyptic vision animates much of the Republican Party base. ‘[T]he base thinks they are losing politically and losing control of the country,’ the memo explains. To many Republicans, the Constitution itself is on the verge of dying, and Obama has already ‘won his socialist agenda.’”

“Another shutdown bonus, according to committee Republicans: ‘Fewer bureaucrats at the EPA makes it less likely that they’ll make up science on new regulations.’

Sen. David Vitter (La.), the top Republican on the committee, has railed against a slew of EPA regulations, including its proposed climate rule for future power plants. Vitter and other Republicans say the EPA’s climate regulations are based on shoddy science and will harm the economy.”

Harold Meyerson: A tea party purge among the GOP – The Washington Post:

“Like the Stalinists and the Jacobins, today’s tea party zealots have purified their movement — not by executing but by driving away those Republicans who don’t share their enthusiasm for wrecking their country if they can’t compel the majority to embrace their notions. “

“Faced with Washington’s march toward a default, the world has reacted mostly with disbelief that the reigning superpower could fall into such dysfunction, worry over global suffering to come and frustration that American lawmakers could let the problem reach this point.

A common question crossing continents remains quite simple: The Americans aren’t really that unreasonable and self-destructive, are they?”

“‘I think I know [Boehner] fairly well. I think the John Boehner that I know would not allow that to happen,’ Cummings said. ‘But I got to tell you, when you have the Heritage Foundation, Heritage Action, call to say that they are going to scuttle the legislation he tried to put on the floor last night and within 20 minutes — 20 minutes —after the Heritage Foundation says we’re not going along with this, they pull the bill, I don’t know who I’m dealing with. And I think it’s very sad.'”

“But Southerland is an undertaker by trade, and the song is normally sung at funerals. It’s hard not to see’s today’s failure as the death of the House GOP’s role, in at least this standoff.”

“Juan Williams told viewers Tuesday on ‘Special Report with Bret Baier’ that the abrupt cancellation of a House vote on a new proposed budget plan – a plan that was announced by House GOP members earlier Tuesday — signals a ‘war within the Republican ranks.’ “

This won’t serve the GOP well. 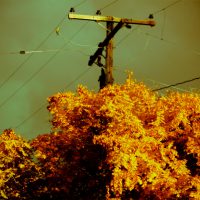 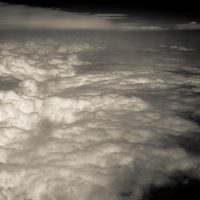 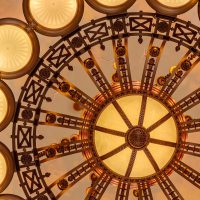