Goodbye to All That: Reflections of a GOP Operative Who Left the Cult

Fantastic vivisection by Mike Lofgren of the current state of conservative politics in the United States. There are a lot of great quotes, but my favorite section is one where the war on the very idea of a democratic government is taking place. The GOP strategy is clear: undermine Americans’ belief in their own institutions. Notably:

But if this technique falls short of producing Karl Rove’s dream of 30 years of unchallengeable one-party rule (as all such techniques always fall short of achieving the angry and embittered true believer’s New Jerusalem), there are other even less savory techniques upon which to fall back. Ever since Republicans captured the majority in a number of state legislatures last November, they have systematically attempted to make it more difficult to vote: by onerous voter ID requirements (in Wisconsin, Republicans have legislated photo IDs while simultaneously shutting Department of Motor Vehicles (DMV) offices in Democratic constituencies while at the same time lengthening the hours of operation of DMV offices in GOP constituencies); by narrowing registration periods; and by residency requirements that may disenfranchise university students.

This legislative assault is moving in a diametrically opposed direction to 200 years of American history, when the arrow of progress pointed toward more political participation by more citizens. Republicans are among the most shrill in self-righteously lecturing other countries about the wonders of democracy; exporting democracy (albeit at the barrel of a gun) to the Middle East was a signature policy of the Bush administration. But domestically, they don’t want those people voting.

via Goodbye to All That: Reflections of a GOP Operative Who Left the Cult | Truthout.

« Tunnel In or Out
Digging on Decim8 » 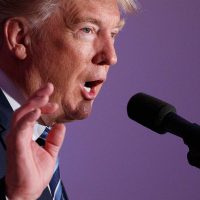 The Hypocritical State of the Union