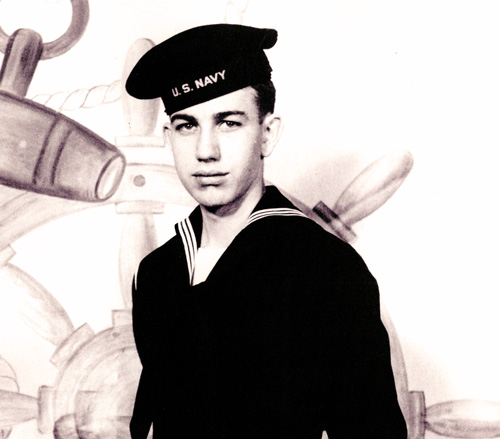 Today is my father’s birthday. He was born in 1926 and died in August of 1986, just shy of 60. In the twenty years since his passing, I’ve done and seen a lot of things. Our family has grown and changed in big ways. I’ve married twice. Started a family. Moved around. Been in bands. Made things. None of which he got to see in the flesh. I don’t think he’d like much of what I do, but part of me wants to think that he’d be into the internet. He was big on the workings of anything electronic. As the current summation of geekdom, the internet would be something he’d be into. My geekery I owe entirely to him. My dad brought home the first calculator I’d ever seen in the early 70s. Whenever I’d go to his office, he’d point out the new tech and the productivity gains it was bringing. He knew how to solder and wire things. He built a tube-based stereo from a kit that would probably be worth some money today if we still had it. He taught me how to fix things.

I was twenty-one when he died and I landed in a funk that lasted about two years. At the end of it, I decided that I was going to enjoy my university years as a single man (something discouraged in Mormon culture) and if I had to go into debt to do it, I would. The regret he had in his voice when he described working Saturdays at a garage when he was in college. He talked about being at the garage and hearing the roar of the crowd at the football game, wishing he could be there to watch it in person. That was enough to make me realize that if I was going to have a great college experience, I’d have to make some sacrifices (debt) that would be looked down upon by some in my family and culture. In his death, I learned that life was far too short and that I should live it as fully as I could. I owe my mostly great university experience to him.

My dad was always at our band concerts and performances. I believe that he had a creative soul but his career path and gender expectations of the time meant he gave most of that up to work an office job.

My dad could be a hardass. Ask any of my friends who knew him. They still talk with fear about my dad. My brother used to say there was “a right way, a wrong way and dad’s way.”

He could be surprisingly sensitive as well. The first night we had the grand piano that my mom’s business bought, me and my younger sister put on an impromptu recital for a couple of hours. My sister told me later that while I was playing, he had tears in his eyes.

He could work a 10-key adding machine like nobody’s business. You knew shit was heavy when you heard that machine clacking away. He’d mutter a few expletives and he talked to himself while he worked. At the end of whatever computation he was doing, he’d clear out the machine and it made a particular sound that I can hear as clear today as I did thirty years ago. Usually you’d hear the sound three or four times and he’d stop and either hum, whistle or curse. If it was the latter, evacuation was necessary.

It is my father’s voice that I hear when I discipline. I’m trying to temper that voice to reflect the reading I’ve done about how to talk to toddlers, but I lose it sometimes and I have flashbacks that are bittersweet.

When Leta didn’t have hair, she pulled faces that everyone in my family, including me, said resembled my dad. It was a very haunting thing to look down at this obstinate kid pouting or glaring and see hints of my dad looking back at me. Of all my siblings, I believe I resemble my dad the most (photo taken in 1944 or 1945):

By default, Leta resembles him as well, although I think some of that has faded with hair and age. I think Heather would like him, corny jokes and all.

Over the past twenty years there have been times when I wished painfully that my Dad could be a part of my life. I felt it most recently with Leta’s birth and when Heather and I got married. Every time I vote, I know he’s rolling over or rolling his eyes and saying as he did so many times, “Ah…. Bullshit!”

I’ll guarantee you he would hate the fact that I wrote that about him. Nevertheless, I miss him like crazy and wish he could see my family. I think he’d be proud. Happy 80th, Dad.

Attack of the Service Tech