I am speaking about Apple’s implementation of Intel’s Thunderbolt. Specs? Amazing:

Great! Super fast, flexible, single cable for an external monitor, any number of hard drives, ethernet (using an adapter), FireWire (using an adapter) and other, yet to be invented peripherals. In every way, Thunderbolt seems like the perfect solution of simplicity and technology blended together to make working on a computer better. The evidence is out there that Thunderbolt cannot be over-saturated in terms of bandwidth. Macworld did a test with 38 external drives
copying files/folders and they couldn’t stump the Mac Pro or Thunderbolt as a data pipeline.

So why do I hate Thunderbolt? Specifically, Apple’s version of the connectors?

In early 2014, I bought a MacBook Pro to use as my main machine. I took the plunge after careful consideration of the alternatives and my freelance consultant status of needing to work from wherever, whenever. I have used a laptop as my main machine before, from 2005-2008, so I was aware of the pitfalls. I have mostly loved the MacBook Pro. It’s plenty fast, but the internal storage is an SSD and I could only afford to get the mid-level size. Given that I work with a lot of photos, the internal storage is inadequate for my needs.

To solve this, I purchased a 2 terabyte Westen Digital USB 3.0 portable similar to this one. I have been pleasantly surprised at the portability, speed and ease of use of this drive. I did a split partition to use part of it as a Time Machine volume and the rest as temporary storage for photos, videos and movies. I also have a Thunderbolt external SSD that is fast and great, but I’ve had it overheat a few times. Without a doubt, the Thunderbolt SSD is the fastest external drive I’ve ever used and it makes for jaw-dropping Lightroom imports. The Western Digital drive is ok in a pinch, but not really fast enough to sustain working from on a regular basis. 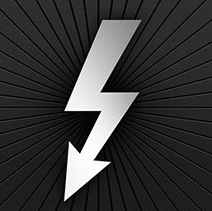 In terms of legacy drives, I have a Drobo second generation drive with FireWire 800 ports, the formerly internal drives from my Mac Pro and an external 4TB USB 3.0 Seagate drive I was using as an transportable offsite backup for the Drobo. To access the legacy Mac Pro drives, I use a NewerTech Voyager docking station. The one I have accepts 3.5” and 2.5” drives, which has come in very handy with the SSD drives I used as boot drives in the Mac Pro. All of this is connected to a Belkin Thunderbolt Express Dock with Thunderbolt cable. Without a Thunderbolt cable there is a $50 difference. Yes, the cable really is that expensive. The Belkin dock is pricey, but you get three USB 3.0 ports, a FireWire 800 port, a gigabyte ethernet port, 3.5mm in/outaudio ports, and two Thunderbolt ports. One of the Thunderbolt ports has to be used to connect to the MacBook Pro, so you only get one extra port, which for the price, seems lame. The cost of the dock has come down substantially since its introduction, but lest you think it’s over the top, consider the Apple pricing for individual Thunderbolt adapters at $29 for an ethernet adapter and $29 for a FireWire adapter. While those are a cheaper option, the MacBook Pro has two Thunderbolt ports and two USB 3.0 ports. Not enough to handle all the outboard drives or any ad hoc peripherals you might need to add in the course of a computing day.

I do not work all day every day with all of the storage attached, but when I do, there is a single point of failure in the Thunderbolt cable coming from the Belkin dock to my laptop. If I move my laptop at all, I have to hold in the Thunderbolt cable with one hand while I shift the laptop. This isn’t optimal while being in the flow. It’s easy to forget that I’ve got terabytes of precious data (mostly photos) that could be lost because I forgot to do something I shouldn’t have to do: use my hand to keep a vital cable attached to my laptop. This is a design failure that has catastrophic potential. The way external data storage is connected to a laptop is more important than any of the things I love about Apple designed products.

This design failure renders all the Jony Ive-narrated product videos null. No amount of talking about the human connection to technology and the getting at the essence of function is going to cover up the failure of computer technology to connect to itself.

Given the importance of the outboard storage, I fail to understand why Apple wouldn’t design a more sturdy, more snappable connector. The Lightning connector Apple introduced with the iPhone 5 has been mostly stellar, despite problems with the cable at the Lightning end of the cable (1, 2).

It looks like these are in my future. Or I need take my laptop in for a port fix:

Annual Post Where I Question the Tools I Use