You have heard that there’s a new operating system for newer models of iPhones and iPads? If you haven’t, I admire your ability to avoid news outlets, all social media and the internet. Kudos. You may want to click away from this post just to keep yourself clean. For those who haven’t gotten enough information about iOS 7, the latest operating system for iPhone and iPad from Apple, read on…

iOS 7 comes with an improved camera experience even if you install the OS on older devices like an iPhone 4, 4S or 5. You won’t get the burst or slow motion modes available with an iPhone 5S, but Apple has improved the experience of taking photos in the new camera app.

It’s not perfect, but it’s better. For example, when you change from portrait to landscape orientation with the phone, the interface doesn’t necessarily change all the way. The text labels don’t rotate. I know that’s super nitpicky, but Jony Ive is a Sir and this is one of the most used apps.

As far as the iOS 7 install, it took a lot longer to install on my iPad 2 than it did on my iPhone 5. It’s a huge change in visual environment and if you are sitting on the fence, you might want to wait a day or two until you take the plunge.

From the moment you first use the new system, you will be in an entirely new environment. Yes, the icons are in the same place, but they don’t look like they used to. It’s a colorful, flat landscape that has layers, but those layers don’t involve simulating the real world. That Apple has delivered a solid update like this is almost more exciting and full of surprises than the recent iPhone 5C and iPhone 5S announcement. The new system is full of nice user experience surprises. It’s easier to adjust things like airplane mode, wifi, Bluetooth, volume, brightness and in the case of the devices with a flash built in, a flashlight mode.

For all the tidying up of click reduction and ease of use, there are some visual problems with the new system, mostly to do with the liberal use of text instead of buttons. There is usually a color cue on the actionable text to let you know what to click, but the text can get janky, especially if you turn on larger fonts. Some of us oldsters can’t read god damn 4 point text. Also, get off my lawn.

If you have upgraded, how did it go?

Not a Mother’s Day Gift 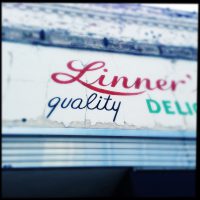