“At a recent town hall meeting, a man stood up and told Representative Bob Inglis to ‘keep your government hands off my Medicare.’ The congressman, a Republican from South Carolina, tried to explain that Medicare is already a government program — but the voter, Mr. Inglis said, ‘wasn’t having any of it.'”

“Right-wing opponents of reform would have you believe that President Obama is a wild-eyed socialist, attacking the free market. But unregulated markets don’t work for health care — never have, never will. To the extent we have a working health care system at all right now it’s only because the government covers the elderly, while a combination of regulation and tax subsidies makes it possible for many, but not all, nonelderly Americans to get decent private coverage.

Now Mr. Obama basically proposes using additional regulation and subsidies to make decent insurance available to all of us. That’s not radical; it’s as American as, well, Medicare.”

We’ve got a long few months ahead as we argue about healthcare in the U.S.

Thanks, Torrie, for sending in this link. 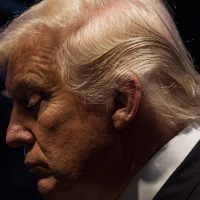 GOP Lies: “We will scare you now”

Both Sides Weigh In: Weekly Addresses