Woke up late, and headed to the stairs in Santa Monica. The stairs of doom. In my prime, I could do 12 sets (a set being one down, one up). I barely did 8 sets. My legs are not on good terms with the rest of my body at this time.

The stairs don’t lie, they don’t tell the truth. They just exist to teach. The lessons are difficult. I didn’t have the right amount of energy before running my sorry 8 sets and I have paid a steep price for my lack of wisdom. I also think a gym workout can never hold a candle to running these particular stairs. Even Heather was hurting, but she ran two more sets than I did.

After being humbled, we hung out in Santa Monica, taking pictures and doing some half-assed shopping.

After a luxurious afternoon nap we headed to Cafe Sushi and had an amazing dinner. For the first time in a long time, I felt full after eating sushi. We wanted to see our old place, so we drove by and walked around. We were able to get to the roof (the doors were left open! Still!). We had some really great times on the roof. A lot of grilling, eating and drinking happened up there. The view is incredible, especially considering what we paid for rent. That apartment was cheaper than my San Francisco place by almost half. After coming off the roof, we ran into our old neighbors, who also have a three-year old! While we were catching up, another old neighbor showed up and they moved into our old apartment. They graciously showed us their place and what they had done. It was bigger and smaller than I remember. I really had a hard time seeing the inside of the apartment. So much happened there that I was overcome with emotion and felt very overwhelmed. I really fail using words to describe what I was feeling. I’m going to have to sit with it for awhile.

I have to say, I really like having a bigger kitchen in our own house… 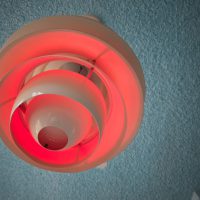 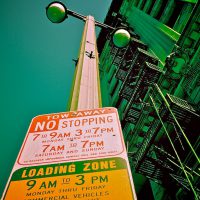