Jim Dalrymple at the Loop linked to a post with a ton of detail about the new camera hardware and software in the iPhone 5S. There are a bunch of great comparisons of the iPhone 5 and iPhone 5S. Which spells disaster for me. Every year I tell myself this will be the year I do not upgrade my phone. Then I see photos from the latest iPhone and start scheming.

“I started the day skeptical, and if the queue for the phone was anything to go by, I wasn’t the only one. 15 minutes before opening time, an impressive 240 stood in line, but it’s less than half the number who queued for the iPhone 5 last year.

But after 12 hours of using the new phone I was completely won over, and here’s why…”

If you have an iPhone 4S or older and are eligible/looking for a new iPhone, the iPhone 5S is for you. I’ve heard a bunch of people say they are waiting for “the 6”. After I heard the 10th person said that, I discovered that those people haven’t followed the historically annual product release patterns of Apple. When I said, “You know it’s very likely that the iPhone 6 won’t be released until September 2014,” the response is usually “Really? They won’t put a new one out in a few months?”

“It’s great that things work out sometimes like that.” 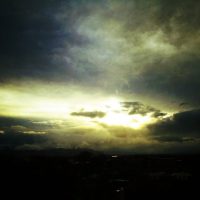