With the advent of the latest iOS (9.0), content blocking is now allowed on the platform. Which means ad and script blocking. Which means that publishers are going to get screwed even harder.

With the advent of programmatic ads, publishers have been forced to accept a robot reality that insures lower ad rates and lower income. However, it’s not just the ads. When you visit a site, you will see anywhere from 6 to 20 different beacons, trackers and widgets that are all designed to look at your browsing habits, where you bank, which social networks you spend the most time, your browsing history and your location(s). Then the data is sold and used for ad serving.

This isn’t new, ad tracking has been around almost as long as online ads, but the push for more trackers is all part of the robot overlords. An ad can be submitted into a robot network and it can be served before publishers and/or ad networks catch any nefarious or egregious tracking behaviors. It’s a free for all in favor of the ad buyers.

When you visit a site on your mobile device, you may have noticed that your favorite ad-driven sites are a mess; ads everywhere, popups, subscription requests and because of the small screen, very difficult to close. It’s a disaster of usability and a disaster for publishers. Given the rise of mobile traffic, how this plays out is going to be interesting. Do we trust Apple more than Google? Facebook more than LinkedIn? Ad and script blocking is now set to move away from the tech savvy and into the pockets of hundreds of millions of people.

The Verge has a Peace Piece with some tech details and a few words on the ethics of ad blocking:

Peace uses a blocklist compiled by Ghostery, covering 2,000 ad and tracker URLs. According to Arment, that makes it faster and less battery-intensive than other ad blockers, which rely on publicly compiled “hosts” databases. Other apps also tend to focus on the most visible ads, ignoring tracking scripts, and their databases are often managed by a small group of volunteers, limiting the scope of the content they block. Arment notes that the “privacy-focused” app will not collect any personal data, either, as iOS content blockers can only provide a list of blocking conditions for users.

Source: Peace is a $2.99 ad-blocking app for iOS 9 from the maker of Instapaper | The Verge

Link: This Is the Real Reason Apple Is Fighting the FBI 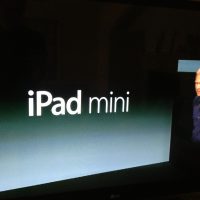