In the source image, the exposure was off, the stupendous qualities of light were lost and the dirty window I was shooting through put this image in the discard pile. Until I started tweaking this morning in Flare, a Mac app for tweaking photos. It is sort of like a cross between Hipstamatic and Instagram on the Mac. I like how easy it is to use and how you can quickly take an ok photo and make it something else entirely. This is from the same company who did Twitteriffic (Mac, iPhone, iPad), Iconfactory. They do a bunch of other software, e.g., Ramp Champ for iOS and have a history of delivering great apps.

Flare is a real standout for allowing people who don’t want to spend hours in Photoshop to get cool effects without headache. What I like is that app previews the more complex operations in such a way as to encourage exploration. If you’ve ever taken a look at Photoshop and walked away or wanted more from iPhoto (or any of the web apps that let you tweak photos), this it the app for you. If you don’t want to throw down hundreds of dollars on a photo editing app, Flare is a good choice for fun tweaks. I don’t know that it’s meant to replace Photoshop, Lightroom or Aperture or that Flare is for the pros, but for $20, it’s a great price for a set of customizable and editable filters and effects.

There is also a section of their site for sharing presets but the app lets you save your own presets and does in a very usable and easy way, including when you save or export. The app lets you export straight to Flickr, which is how the above image was uploaded. Really slick.

This post wasn’t meant to be a full-fledged review. Here’s Macworld’s take.

Anybody have any other low price Mac image editing app favorites?

« Xed (Taken with instagram)
"I wish, for, like the rest of time, that I could write as well and funny as my wife and Josh Allen." » 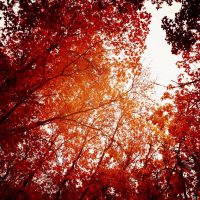 Amazing photos of children with animals