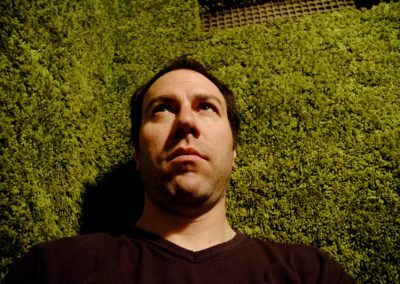 I’m still reeling from Graceland. It’s a cross between Disneyland and a bible retreat. Memphis works hard to keep the memory of Elvis alive. I don’t know if it’s a case of expectation mismanagement or just that the experience was so different than I could grasp. Heather and I stopped by Sun Studio in 2003, when we were in Memphis for her ten-year reunion. We didn’t do the tour on that trip.

Sun sees one-fifth the visitors that Graceland does, but only has two rooms as part of it’s tour. Sun is quaint and southern and has some flavor. Graceland is quaint, but only by today’s standards of McMansions and modern suburban living. The staging areas and shops are pure Disney. Differently themed stores selling an array of Elvis stuff that is simultaneously sublime and tacky.

I noticed that I could get Elvis incense and that was quite provocative, but I couldn’t decide between that or the Elvis smokeless ashtray. And what does Elvis incense smell like? I’ll tee that one up for someone to smack out of the park.

We ended the trip on a good note, taking the Sun Studio tour and getting some good history was a perfect way to cleanse the palette from the commercialism. Sure, Sun has it’s own schwag, but it’s just not as garish as the Elvis schwag.

Sun Studio is still recording and the rates are really cheap. They do evening sessions for $75/hour. Not bad to record in the same room that so many great songs were recorded.

The hardest part of this trip has been to be in Memphis without Heather. This is her town, and seeing this stuff without her is far more difficult than I thought it would be. Walking on Beale Street Friday night, I ached to be with her. While I have missed her the whole trip, being in Memphis after hearing so many stories is somehow incomplete.

More photos to come in the next several days, with a more complete write up of the trip.

« More Photos
This is the geek talking »