He keeps it up with the racially charged language. Here’s his justification:

“It was a bad statement, but the statement as I used it had nothing to do with human beings, certainly not a black human being.”

Right. Not a black baby human at all. So what kind of black baby are you referring to, Senator?

Utah doesn’t know how to deal with something like this because of the hegemony of the Republican party, the legitimization of hate speech and thought by the predominant religion and lack of strong moral leadership from elected officials. And this from the party who claims to support “family values”.

P.S. Mormons who defend this guy: you aren’t making a very good case for yourself or your religion. This has nothing to do with political correctness. It has to do with political hate. I don’t hate Mr. Buttars. But a guy with such outdated views should at the very least be censured and voted out. 10th District, you don’t look so good, either. 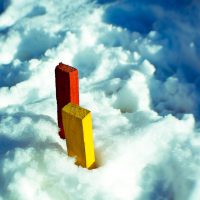