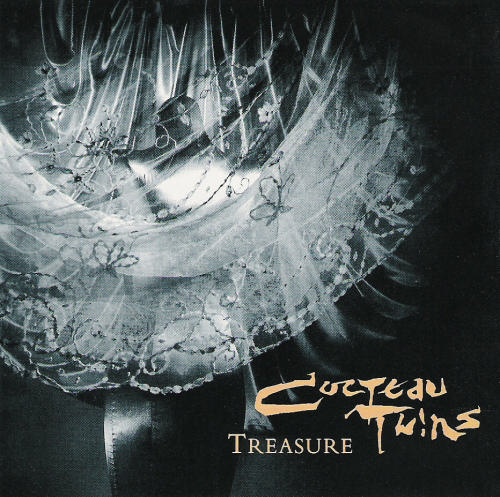 Background from Wikipedia can be read by clicking here.

Spring. 1985. England. I was a Mormon missionary. Very rainy spring. I spent a lot of time on buses. I was supposed to utilize spare moments while I wait at stops and stations to read scripture. I had made a decision under the guise of cultural research to pick up a very inexpensive copy of Melody Maker or the New Musical Express (NME) when they hit the newsstands. Some of the other missionary guys weren’t down with music or news or current anything. Head down. Scripture study and quiet. That was not my scene. I felt that learning the culture included the amazing post-punk music that was coming out. I also felt that the Walkman allowed for one to imbibe on the evils of worldly music and not pollute the virgin ears of those who walked the straight and narrow; classical music and quiet instrumentals of which, there is nothing wrong. I just hungered for more.

In that wet 1985 spring, I had read about the Cocteau Twins, but had not heard them. Treasure had been released to favorable reviews in the British Music press and I had read those reviews. My interest was piqued, but to my limited ears, I was staunchly pro U2, Tears for Fears, Art of Noise, etc. I had no idea what I was about to hear. The May 25th, 1985 issue of the NME had a free vinyl EP attached. I bought it at a bus station newsstand and handled the issue like it was gold, careful to protect the EP. Every band on that EP was fantastic; Bronski Beat, Cocteau Twins, The Smiths and U2. I wanted the EP primarily to hear, for the first time, The Smiths, who had released Meat is Murder earlier in ’85. I had to find a way to get the vinyl on tape so I could listen on my Walkman. I was in agony trying to get the vinyl on cassette. I carried the issue with the vinyl in my backpack for days. 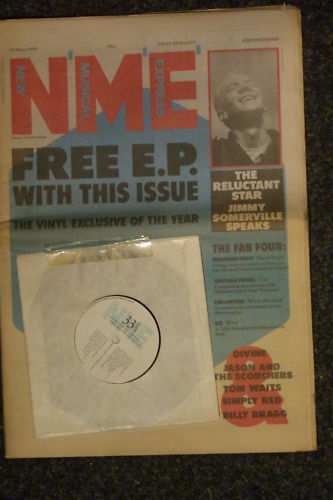 I’ll never forget the afternoon (rainy) a kind Mormon let me do a quick dub. When I dropped the needle, I was dubious; skeptical at first. The chorused bass was cool, but once the chorus hit fairly early in the song and the vocals began to soar, the floor of the flat dropped out and I was floating in texture and sound. I was forever changed. That people could make noise like this and combine it with such individual vocal talent wasn’t something I’d ever even considered. The imagination that it took to create something that sounded like this is the kind of thing that gets very deep inside of a person who is in a place to be so affected. The sonic brilliance has stayed with me for 26+ years. Every time I hear this album, I’m reminded of the Lancashire hills and the stained Victorian architecture. And I’m also reminded of Oakland in the summer of 1989, commuting on BART and reading heavy literature.

When I returned to the U.S., it took me four years to find a used import CD of the whole album. I wasn’t about to pay $36-$49 US to listen to Treasure, so the one song on tape was all I had until I hit a used store in Noe Valley in San Francisco the spring of 1989 and for $12.99 I finally had my fix of one of the best albums that 4AD put out (pre-Pixies). The disc had a huge scratch and that was why the price was reduced. Fortunately, every CD player I’ve owned has tracked the disc just fine. Score. One of the singularly best used CD finds of my life. At least that’s how I felt then. I had spent years in search of an affordable copy!

The chorus and reverb used on this album could swallow the same era U2, Waterboys and The Cure whole. The voice work from Elizabeth Fraser, which is featured with several very nearly competing tracks, is like an angel dropped into the ocean, rising back out to the air and transformed into zephyr mist and then reforming, like something out of a movie, hovering to spread her wings and whooping as it happens. When the wings hit the full span, her falsetto kicks in and the listener is carried up alongside by this angelic sound and transported to another place. Beautiful, haunting and vast. And yet there is still an edge, especially for its time. The gated drum machine is near relentless, but not overbearing. Just enough to tether the ethereal. The horn-like sound in the chorus is beguiling because it’s not really a horn. It’s likely a heavily treated guitar. This album was the one where the Cocteau Twins found their defining sound.

The guitar work is equally otherworldly; a heavily layered acoustic spread wide across the stereo image, backed by a fully chorused bass with fantastic compositional note choices. The bridge that follows the chorus toward the end of the song is one of my favorite parts of “Ivo”. A distorted electric guitar drone sounds for about 10 very tense seconds until around 3:23-5 where the vastness of the song finally opens one last time to breathe, conjuring soaring over a landscape and a vast canyon opens up, showing you where music can take you if you let it.

I worked for years to try to write something that would come close to that sound where the bass swoops down and the guitar does the big sustained chord, reverb at full warp speed, beautifully distorted in space. I never have. But I’m not done trying.

This album is definitely a forerunner to My Bloody Valentine, Lush and countless British bands.

This is all pure hyperbole. So 1980s indie. Other tracks of note: “Persephone”, “Cicely” and the the closing track, “Domino”.

Preview (if you are signed in to an Rdio account, you should be able to hear the full songs):

Possible alternate titles of this review:

« Ambiguous Sun – Full Version
The struggle between humans and nature »