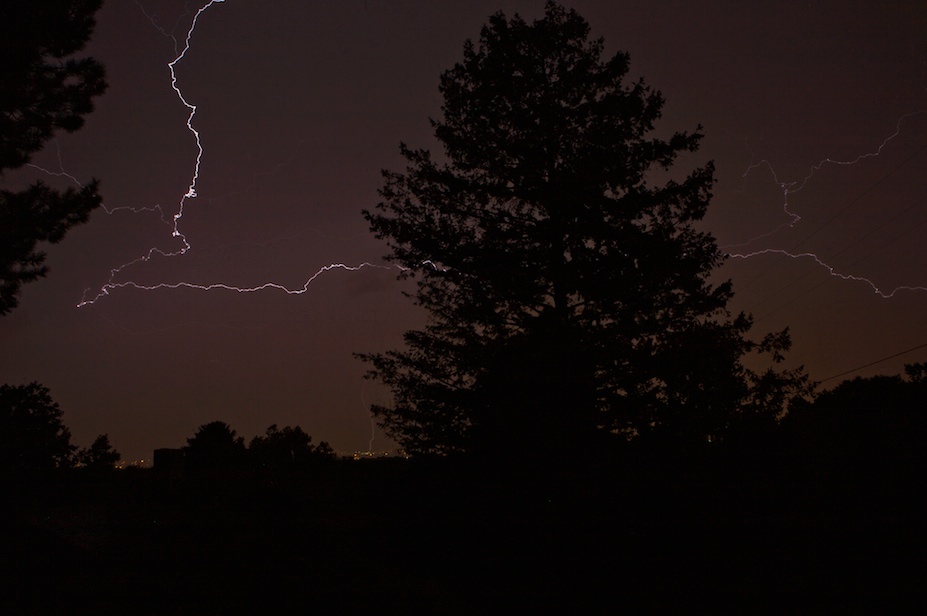 If one wants to get a great lightning shot, one should not shoot it through a double-paned window that is in desperate need of a washing. Also, one would not add wind and blowing rain (adhering to said window) that makes the foreground objects blurry for the long exposure (wanted a lower f-stop) and you have yourself an okay lightning shot.

This was taken when the power was out Sunday night. We haven’t had a lot of lightning this summer and I figure if I try this enough, one of the shots I get will be the one that I hang on my wall. This isn’t so much that shot. The composition is a bit wonky.

Anyway, power out for 10 hours, which I’ve been documenting on Twitter so that when the class action suit starts, I’ll have exact times and ranges of the outages. I’ve never lived in an area that had more outages. Sure, the weather is extreme here, but even the California rolling blackouts in 2000-2001 were less severe than the ones we’ve had here. I would do mypowerisout.com with google map integration to track monopolies who don’t spend enough on infrastructure, tree-trimming and line burial.

Two more months until the general election for President of the U.S. I’m feeling ornery. So I’ll stop here. 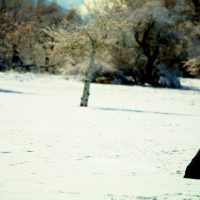