Online commenting: the age of rage

Great piece in the Guardian about internet trolls and the effects of anonymity on human behaior:

Lees detractors were all anonymous. How should we understand it then: harmless banter? Robust criticism? Vicious bullying?The psychologists call it “deindividuation”. Its what happens when social norms are withdrawn because identities are concealed. The classic deindividuation experiment concerned American children at Halloween. Trick-or-treaters were invited to take sweets left in the hall of a house on a table on which there was also a sum of money. When children arrived singly, and not wearing masks, only 8% of them stole any of the money. When they were in larger groups, with their identities concealed by fancy dress, that number rose to 80%. The combination of a faceless crowd and personal anonymity provoked individuals into breaking rules that under “normal” circumstances they would not have considered.

Online commenting: the age of rage | Technology | The Observer. 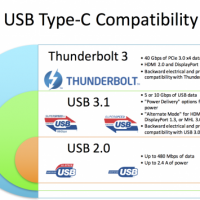 Link: Why Sketch Is the UI Designer’s Best Friend.