Pre-Show
We have Tivo’d the E! Live from the Red Carpet pre-show. Star Jones. Wrong. And basically, they are using Kathy Griffin to kill time in the tower. It’s horrible. I much preferred Kathy being goofy with musicians on the Grammy’s.

I miss the stoned/drunk/blitzed Joan Rivers. At least the pretense of importance was focused on the fashion and not some other thing. I have a question for the execs at E! How much did the Rivers’ people ask for? Star wasn’t worth it. Especially with The View puns.

Hillary Swank: Niptacular! Even with the tail.

The Main Event
7:36pm MST: Standing ovation for Chris Rock?? According to Emily, it’s because they are just relieved the host isn’t Billy Crystal.

8:04pm MST: Two-thirds of the women just made fun of Renee Zellweger. Dressistootight.

8:09pm MST: There will be no spoilers here tonight. With the bourbon and the nachos and the hair talk, we’ll be lucky to get to the end.

8:14pm MST: The producers are “mixing it up” this year. “Making it pop.” Cate Blanchett is “mingling” with “the people” and announcing the Makeup nominees. There is a concensus that HBO should host the Oscars so that people can swear and stuff.

8:21pm MST: The curtain/backdrop is very 1977/Lawrence Welk. Did the budget for plasma screens end with the ceiling?

9:04pm MST: What’s with the whole 70s revival thing with the hair? Except for the homage to The Simpsons from Adam Duritz. Annette Bening is also celebrating the Simpsons.

9:26pm MST: P. Fucking Diddy. Introduced as “Sean Coombs”. We felt the ego through the time-delay and the hard drive on the Tivo.

Emily: “His eyes are awfully close together.”

I’ve never thought of Polar Express as a “hip” movie. Thanks SO MUCH Sean Coombs!

Emily [to Prince]: “Even though your makeup is too ashy, you can do me anytime.”

9:50pm MST: Tivo lets us analyze every moment. And we caught Oprah with a black power fist. Sweet. Oprah could buy and sell half the audience. Does she need any kind of power? Hasn’t she transcended all of us?

10:03pm MST: It’s over? In my entire life, the Oscars have never ended this close to the news.

At least Heather didn’t grab the camera and start taking pictures of the TV (it’s number 26 after you click “Launch Faces”) this year. 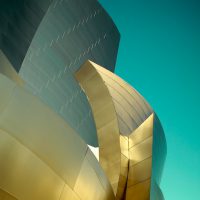 Our Stage is Your Stage