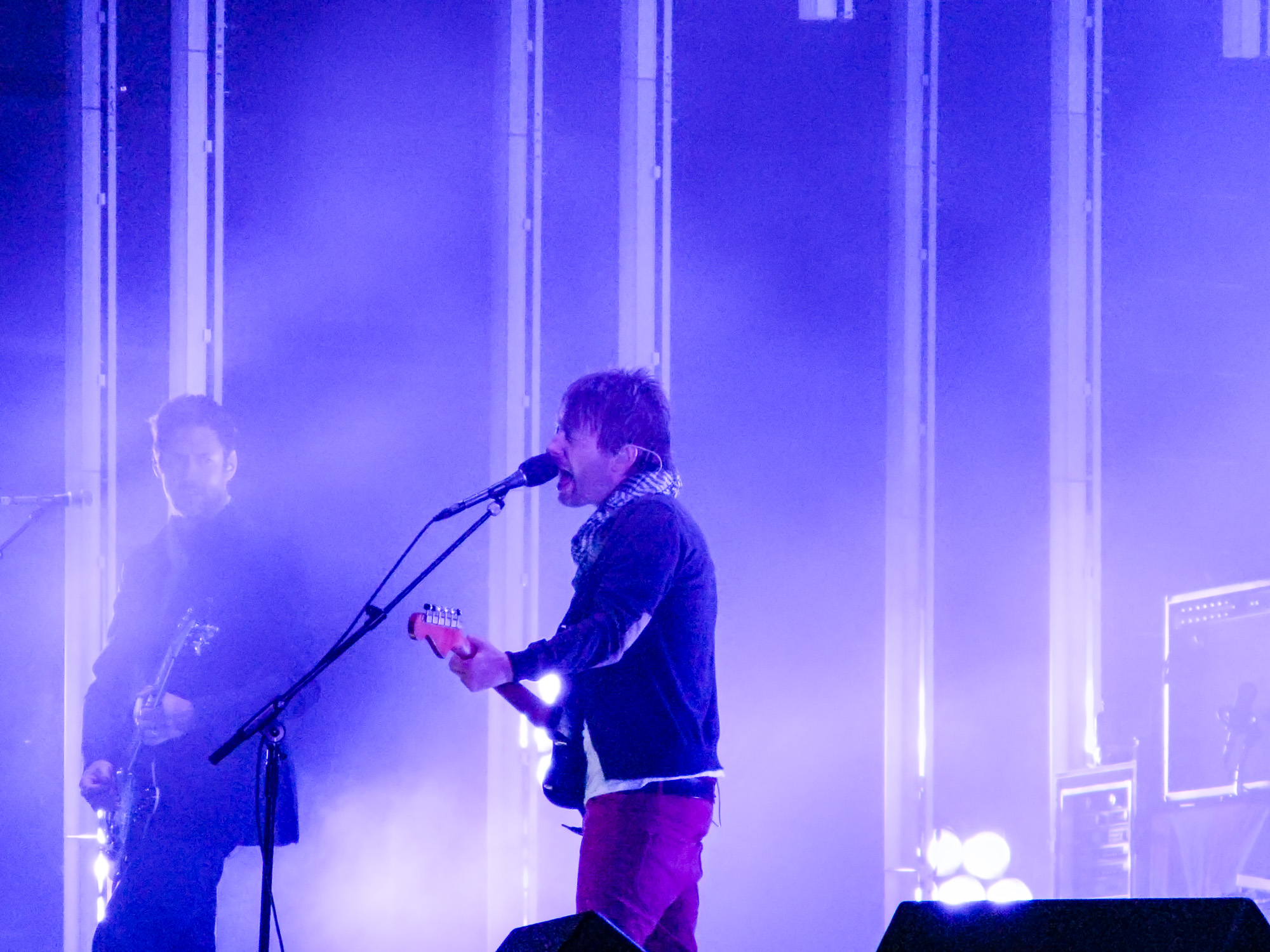 Picked up a rental camera in downtown San Francisco from Adolph Gasser. Back in 1998 I rented some gear so a very nice photographer (who shot a Michael Phelps VISA ad) (warning: flash and browser resize) could shoot my portfolio on 4x5s. I figured that they would have something in stock and not be too gougey on price.

When we got to the shop, I was just going to rent another 5D, but they informed me that weekend rates applied, meaning they only bill you for a single day from Friday to Saturday. Once I found this out, I went for the Canon 1DS Mark II (they don’t carry the Mark IIIs, yet) because I hadn’t used one myself. I’ve worked with people who have, but never shot with one. That camera is a tank. Luckily, we had the lighter version of 70-200 that we threw on the MkII and used the 24-70 on the 5D. I announce this for the photo nerds. And your mom. I probably should have rented another 70-200 for the 5D, but given the three song limit and the number of photographers shooting in the photo pit, changing lenses is only for the strong of heart. I saw a few people do it and I admire and honor them in my heart. You are strong. 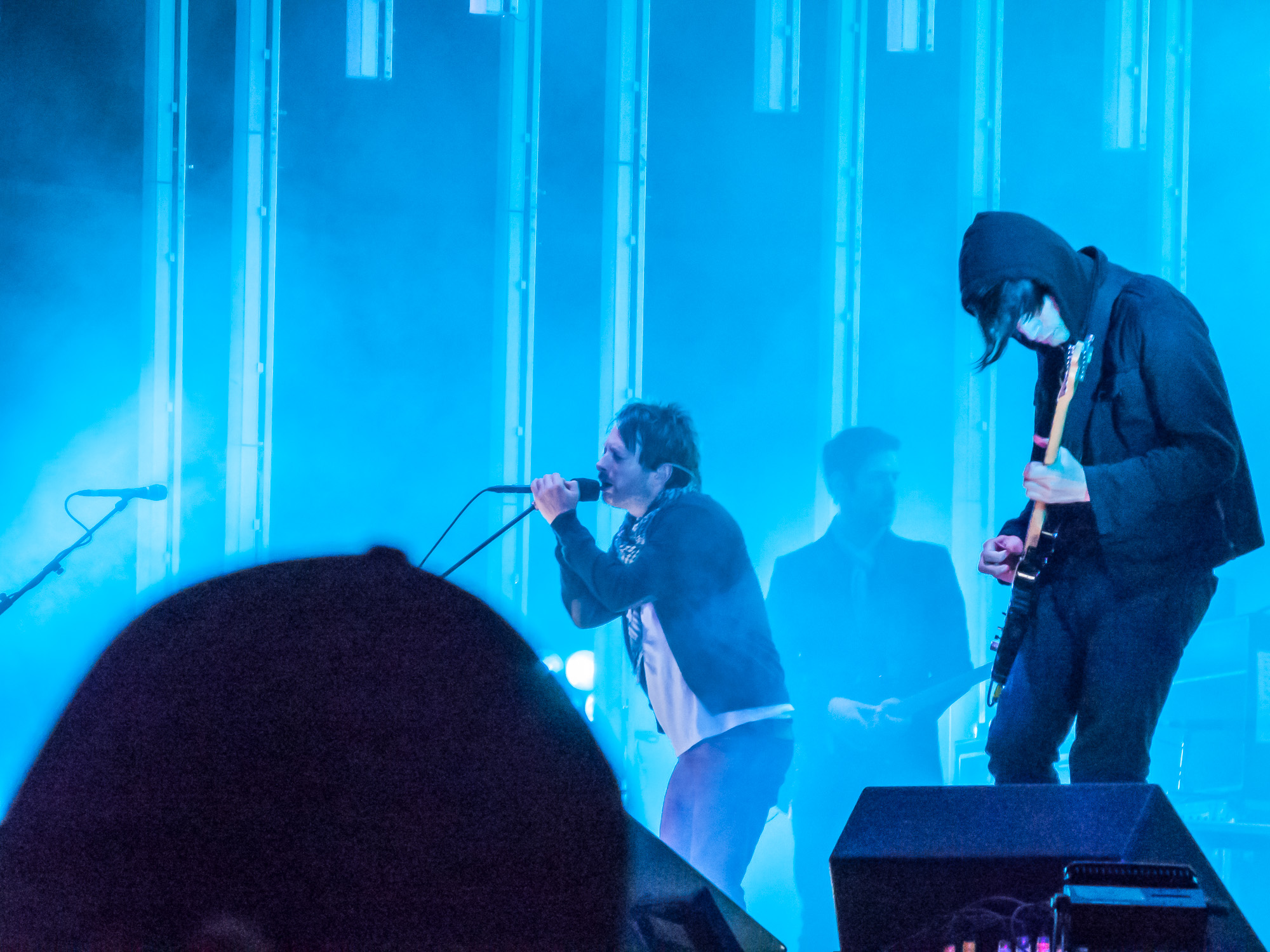 Music didn’t start until 5 pm and I wasn’t sure we’d be able to shoot Radiohead or Beck officially, so we opted for standing for hours at the front through Steel Pulse and Manu Chao (both were great sets).

I was stage left and the closest I’d ever been to the actual breathing members of Radiohead. Of any touring act, this was the show we most wanted to see. Radiohead seems to put as much energy into their presentation as they do writing their songs. Not many bands have the artistic fortitude to pair a beautifully weird set of songs with visuals that are equally weird and beautiful. Radiohead uses these vertical lights that do magic. I tried to figure out the technology and the best I could come up with was some kind of computer controlled LED bar that worked in 3D. Lights worked up and down on the lights as well as forward and back. Really difficult to describe, really cool to see. The setup gave the massive stage a kind of weird intimacy, especially for those up close. Like they were playing in a living room circa 2023 AD.  I shot with our Canon Powershot G9 (very impressive little point and shoot that can shoot in RAW) and screamed like teenagers.

They played a great mix of new (I’m a fan of the latest album) and old songs, the light rig going batshit for the rock-it-out moments. They opted to supply their own fog which blended with the San Francisco fog and gave the early songs a kind of Cure Disintegration Tour ’89 look. The best way to describe these guys is Euro/World ska. Super exciting to watch. I grabbed a sweet shot of the guitarist on his way to his guitar. A lot of fun and amazing to see all the fans in the audience of so many nationalities. The festival crowd as a whole consisted of a lot of white people, but during this set and a couple of others, the audience mix was more diverse, which was good to see.

Manu Chao reminded me a lot of my ska days and they embodied everything I remember wanting my ska band to be.

Steel Pulse
Great tunes and an affirmation of the serious commitment to hair that rastafarianism demands.

We retired to a dive bar in the lower Haight, drank ourselves silly, realized we skipped dinner to stand for Radiohead and tried to find food on Divisadero at midnight. We hit a market, grabbed whatever might reduce the effects of the impending hangover and lucked into a cab.

Room service closed early at the hotel, so they gave me a pizza delivery number and we ate pizza at 1:30 in the morning. We ate the whole thing. I’m glad we did.

Woke up to a considerably milder hangover than I thought I’d be suffering, but damn were my feet sore from standing and dancing. Also, neck muscles were stiff from head banging. Met Maggie & Bryan for breakfast at the Pork Store in the mission. Breakfast helped the hangover.

We got to the park and picked up our official photo passes, heading immediately to M. Ward. We saw a bit of Devendra Banhart walking in, but missed Liars. I was bummed about missing Liars, but what can you do? We wanted real photo passes. Sometimes you have to pay a small price for a big gain. For some reason, there were no photographers allowed in the photo pit, so all the shots we got were from the crowd. It was a nice, mellow set to get our festival day going. Favorite song: “Chinese Translation”.

My friend Pat used to play with Mike Coykendall (dude on the right) in a band called the Old Joe Clarks. I remember seeing them at The Make Out Room and Pat used a suitcase as his kick drum. Really beautiful stuff and Mike’s playing suits what M. Ward is all about. For those unfamiliar with either M. Ward or the Old Joe Clarks, think of a quiet, young Dylan. Then add the 90s. Beautiful summer afternoon in the park soundtrack. Beautiful. Painful, too. She took the stage and sang a capela for the first song, tapping the mic for rhythm (see above photo). She’s highly emotive and very expressive. Great songs and some of my favorite photos of the day. There’s something about a lady and a piano. And an accent.

This was the first time I had been in a concert photo pit since shooting Slender in San Francisco in 1998. I was anticipating a strong set from these guys. I wasn’t disappointed. They started all slow and jangly and then the lead singer, Hamilton Leithauser, turns it way up and looks like there might be medical complications from his intense vocals. Smashing set. Smashing. Might be a little hard to handle for longer than 45 minutes unless you are ready for a non-punk yet very subterranean assault. Highly recommend seeing them live. photo is of Vince DiFiore

I had a brief interaction with these guys back in 1996-7. It was in a professional setting for grid magazine as we were working with a photographer who we hadn’t before and I went along with the interviewer to make sure we got the shots. Turns out I needn’t have worried about the shots, she was awesome and would go on to be the publisher of the Salt Lake zine, SLUG. However, John McCrea scolded me for being a smartass. I’m still not sure he was serious, so I’m not going to say that the interaction was entirely bad, just awkward. Definitely made me reconsider their approach and if they were actually serious and not facetious or sarcastic when they cover disco hits. Of all the people I thought I could be sarcastic with about ordering a salad it would be the boys from CAKE.

It took about 20 bars of music, but once they hit the bar 21, they kicked in with their trademark tightness. We wanted to make sure we caught Tom Petty coming on stage (we didn’t try to get shots) so we missed a bunch of CAKE’s set

We left early because of the overload from Friday night. This night we ate something resembling dinner before heading home and passing out at 10:15 pm. 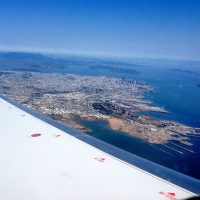