“You are more Ex-Mormon than I am Mormon.”

Which is kind of funny. I didn’t embark on a course of rigorous study to leave Mormonism (but I did when I decided to go on a mission for the church) and it has only been within the last couple of years that I’ve read anything remotely “ex-Mormon”. I’ve read Martha Beck’s controversial Leaving the Saints, but the above quote came as I was discussing with a former coworker a book that he lent me, By his own hand Upon Papyrus: A New Look at the Joseph Smith Papryi (Text of the book available here). The book calls into question Joseph Smith’s translation of a set of Mormon scripture called The Pearl of Great Price, specifically, the book of Abraham. The book also ends with a plea to embrace Jesus as your savior, so it kind of shoots itself in the foot in the objectivity department.

I hesitate to write about this at any length because it’s a loaded topic. Any time somebody questions Joseph Smith, it’s an invitation for a range of responses and arguments. I’m not coming at this from an anti-Mormon or confrontational place at all. I’ve resolved all my issues with the Mormon church in such a way that I’m more interested in the church from an anthropological or sociological place than anything else. I live in Utah and I believe the cultural and political structure of Utah is unique in the United States. Most of my opining has come from examining, criticizing and poking fun from that angle. If you think that I should “leave it alone”, you might have a point. But I think talking about this book has value. I don’t think I’m going to sway anybody (either towards or against the Mormon church) and that isn’t my goal.

So what about this book? Published in 1992 by Provo, Utah resident Charles M. Larson, who was ostracized and suffered job-related harassment (his own account here) from publishing By His Own Hand, the book examines the claim that Joseph Smith was able to translate the Egyptian papryi into Mormon scripture. The papryi were purchased from an Irish man who had travelled with Egyptian mummies to Kirtland, Ohio in 1835. The church purchased the papyri for Joseph Smith to translate. Smith did so and at the time, the followers believed that Smith was divinely inspired.

The original papyri were lost in the Mormon exodus and re-surfaced at the New York Metropolitan Museum of Art in 1966 and so they were returned to the church. The church then had it’s pre-eminent scholar, Hugh Nibley, take a look at the papryi and encouraged him to verify both the authenticity of them as well as Joseph Smith’s translation. Mr. Nibley worked with the pre-eminent Egyptologists of the day and they differed from the Joseph Smith interpretation, determining that the scrolls were generic funerary scrolls, nothing more. Joseph Smith translated the papryi as Abrahamic in nature and that they supported previously “revealed” Mormon temple ritual (see fascisimile 2 [of 3] here).

Mr. Nibley is the father of Martha Beck, her book alleges her father abused her in part because of his realization that Joseph Smith couldn’t have translated that book as Smith and the church say. Ironically, both father and daughter have critics who assert they play loose with the facts and with sources. Here’s Beck’s ex-husband reviewing Leaving the Saints. Here’s a “defense” site put up by her family (using what appears to be shady SEO tactics). Here’s a refutation of Nibley’s findings regarding the papyri and his methodology. Higher up on that same page is an echo of many LDS scholars:

“By selectively including what suits his presuppositions and ignoring what does not, he is able to manufacture an ancient system of religion that is remarkably similar in many ways to our own–precisely what he sets out to demonstrate in the first place.”

The main issues at play in all of this for me are as follows:

For example, showing pictures of Mayan or Aztec ruins and then equating them to Book of Mormon passages. When I counted myself a believer, I used to get into this, but whenever I’d look a little deeper, the research always seemed biased, incomplete and/or full of hope as opposed to full of sound practices and findings. I was also troubled by the paradox of most of the faithful decrying the science of Darwin, yet fawning over archeological finds that supposedly bolstered Mormon conjecture.

There have recently been other “Ex” books published and one that I came across researching this blurb looks to be pretty interesting. It’s a book reviewing the scientific claims made by Joseph Smith and others trying to prove the doctrine of the church through science. Like the Beck book, it comes from a personal place. Which may or may not strengthen its claims.

Most Mormons are unaware of the conflicting views of the translation and that the evidence points away from Joseph Smith translating the Book of Abraham.

And why should they be aware? Larson’s book is explosive in its assertions. It throws out a chunk of revealed doctrine and puts serious doubts forward about Joseph Smith being a prophet. Joseph Smith is, according to teachings when I attended, the keystone of the religion. If he’s not a prophet, the whole thing falls apart. If the church hasn’t moved away from this line, I’d be surprised. As the church has tried to become more mainstream, it has changed things about itself in minor ways.

The subject of the rediscovered papyri never came up during my years of attending church meetings. This is troubling on two counts, 1) When one is investigating the church, one is strongly and constantly encouraged to ask God of it’s truth; and 2) Once you’re in, the environment is such that questions are discouraged. Any questions regarding Joseph Smith, “revelations” or alleged revelations is a recipe for being marginalized, getting a talking to by local leaders and if you don’t let it go, or persist on asking the questions in public it can be grounds for being disfellowshipped or excommunicated.

Then there are the apologetics. The biggest organized bunch is a part of BYU, called the Foundation for Ancient Research and Mormon Studies (FARMS). They are often accused of fabrication, being loose with sources (much like Nibley was) and at times making even mainstream Mormon scholars uncomfortable. Here’s the FARMS take on the Larson book. Note the usage of ad hominem and how they shift blame for any inaccuracies away from Joseph Smith. Smooth. But as much fault as there is in the Larson book (published by a fundamentalist Christian press with an obvious agenda), it’s hard to find fault with Larson’s research and presentation of the papryi or his assertion that there is no way Joseph Smith translated the book of Abraham. Here’s one LDS scholar who apparently agrees with Larson.

The lack of an official response by the church either supporting the true findings or denying them. This one is the most troubling, as it implicates the church in a mute cover-up.

Undoubtedly, church leaders know full well that the rediscovered papryi casts significant doubts about Joseph Smith. Their lack of response and keeping the book of Abraham (and Smith’s translations of the facsimile) in their accepted scripture implies that they are willing to wait this out. The nature of the culture inside the church means members are discouraged from calling out inconsistencies of this kind.

It would appear that the church has chosen silence because to respond to the evidence puts so much of its past in play. What is most interesting about a nearly forty year-old situation versus, say current DNA evidence and long held Mormon claims that Native Americans are descendants from Israel, is that the church is using PR and an army of apologists to fight any counter-claims. The church has chosen PR (it doesn’t appear they’ve actually watched the series… it’s screamingly clear that the central characters aren’t Mormon) to address the HBO series Big Love (which we are watching rather squirmingly and I’ll write about once the season ends).

So why write all of this? You left the church. What’s the big deal?

I’m fascinated by the machinations of the church. It’s a business, it’s a religion, it’s a political player and it’s relatively young. For now, it has a lock on the state legislature and gets looks at any legislation it wants. It’s a lobbying force and it’s deferred to constantly by municipalities as well as other religions in the region. Plus, it was founded by a character. And its followers defend him as though he was superhuman. I don’t think this has always been the case. In the early days of the church, many of the founders bailed out, largely due to differences with each other and Joseph Smith. Over time, the church has chosen to play up the good stuff about Smith and downplay the crazier stuff. But that crazy is deep in the DNA of the church.

The church is writing its history and creating an iconography in near real-time. It has changed itself ever so gradually with the times, albeit slowly and usually twenty to forty years behind mass U.S. society. Couple this with its apocalyptic/millenialist bent and it’s something that I find hard not to look at or into. If I didn’t live in Utah, I’d still be watching, but with the occasional telescopic view instead of the near daily microscope. The church in Utah is pervasive. It’s always in the news. You can’t avoid the Mormon influence in Utah.

« Lower Still
The MacBook From a Purely Consumerist Perspective » 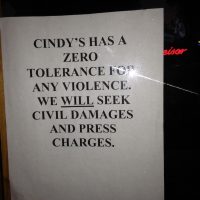