Ruling Against Health Care Law Evens Scorecard at 2-to-2

Ruling Against Health Care Law Evens Scorecard at 2-to-2:

Conservatives were against activist judges before they were for them.

From the 1990, pre-batshit insane Heritage Foundation (link 3 above):

“Under the Heritage proposal, it would be illegal not to buy basic catastrophic insurance”

« ablogfordogs: its spaghetti! I loved this copyrighted image so…
Mayan Ruin » 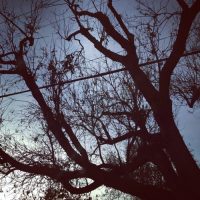