Whenever I see pictures of infants who are getting medical care, the first thing I freak out about is seeing all the tubes. My first thought isn’t that the kid is getting help. It’s always, oh man, look at the tubes. And I instantly think of Leta and hope she never has so many tubes.

Yesterday, when I laid Leta down on the MRI table, she was zonked out. Limp. It was pretty hard to see her like this, as even when she sleeps normally, she moves a bit more than she did yesterday. They put little ear plugs in and put a little oxygen tube into her nose. They wrapped a blanket into a U shape around her head and put a toe monitor on her, as well as a blood pressure cuff around her calf. My baby was the one with all the tubes.

Seeing the machine slide the table into the MRI tube freaked me out. It was so Brave New World. Both Heather and I stayed in the room to make sure nothing went wrong, but my instinct was to stand right there and look into the tube the whole time. Unfortunately, that would have blocked the view from the nurses station outside and so Heather and I sat in rocking chairs, put the plugs in our ears, held hands tightly, and waited for the process to end. I can’t believe Leta slept through the whole thing, as MRI machines are noisy. Industrial manufacturing plant noisy.

I have to give maximum ups to Heather for keeping it together. She was so strong, even when Leta was long overdue for a nap. Leta isn’t like other kids who can fake it through nap times. She’s got the Hamilton nap gene. You can see it come over her like a slow wave and finally, her eyes have a look that say “Get me to a nap immediately, otherwise I will unzip my skull and the alien overlords that control me will compel me to devour you.”

Leta is very similar to her mother in this way, and I’ve learned to heed the eyes. Yesterday, we couldn’t heed the eyes and had to call in reinforcements. Fortunately, Heather’s mother and step-father were there with us and Leta’s grandmommie (we spell it with the “ie”) saved the day.

Once they dosed her, Leta became Dean Martin (do we have any funny drunks in our generation?), slurring words and pontificating while wobbling back and forth. She was bittersweetly hilarious.

After Heather’s arms gave out, we moved Leta to a gurney and Heather took a break. I was alone with my comatose daughter and the sadness of the day took over for a bit. I almost started to cry, seeing her in this state and letting the worry get to me. I felt two emotions at that moment. The first was that I needed to hold my shit together for Heather. The second was that Leta was going to be fine.

Even though you’ve probably all read it on dooce, Leta is totally fine. Her brain is fine. Her skull is fine. Fine. Me? I need a drink. 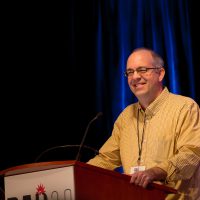