San Francisco, You Did Me a Solid

Imagine the utter dread that filled me last night when we were going to get Leta ready for bed. 750 miles from her normal bed. It was determined that we’d forego our usual avoidance of fast food and take advantage of the McDonald’s across the street. Right as I was heading out to pick up dinner for the family, we realize that we’ve left a bag behind. 45 minutes behind (if you take 280 into the city from the airport). Our most important piece of luggage is behind. I call the airline and get put on hold. I walk over to McDonald’s and I’m about to go inside when the operator picks up and demands numbers I don’t have. Rather than wait 15 more minutes on hold, I sprint back to the hotel room, keeping the operator on the line the entire time. I give the number. The operator tells me there’s no record of the bag being scanned. So I’ll have to go to the airport to pick it up. If someone hasn’t stolen it. The airline will not deliver the bag to the hotel. It’s my fault. I will pay. After I get food for the family, which the youngest member will not eat, even though it’s junk food.

I instantly have visions of 3 hour waits at the airport while paper work gets processed and scanned and the bag gets re-routed to Topeka and back again. I kiss the family and jump into action, telling Heather to expect me back at 4 am.

This is where the cogs of the universe align. The moment after I pay the parking attendant and head down Oak to Octavia and out to the 101. It takes me 7 minutes to get to the 101. Not bad. Another 12 minutes and I’m at the airport. I take the perfect line for the parking garage (out of 80 choices, and much jostling by people in a hurry) and park the car right next to an elevator. An elevator is waiting for me. I go down to the terminal access level and sprint up a couple of flights of stairs where I’m back at our carousel, which happens to be right next to the your-so-fucked baggage office. As I walk in to get help, I see our bag cordoned off with a lot of other bags. The guy shows up immediately and I show my number and describe the bag, telling him where it is in the cordoned off area. He verifies my ID and I’m off with the bag and I sprint back down the stairs, get into the car and escape the parking garage without having to pay, because I haven’t been there longer than 12 minutes.

Getting back into the hotel takes 20 minutes, me driving like I used to when I lived in California. Which means that I made quick decisions to move through traffic and no passive aggressive horseshit aftermath to deal with. You see the opening you take it and move on. It’s not personal, I just have to get the very important contents of the bag back to the hotel room as quickly and safely as possible so move, people.

The whole adventure took 45 minutes and we all survived. I’ve never had this kind of luck before, so perhaps this is either a sign of good things to come or a sign that all the times I let cars in who were trying to turn or merge in heavy traffic has paid off. I still can’t believe that the bag wasn’t stolen and that it wasn’t half as painful to go back to the airport as I thought.

For once, San Francisco, you served me well.

« Our Strong GOP Leaders
The Best Burrito in SF » 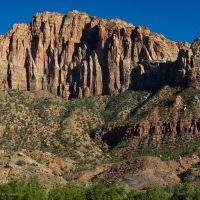 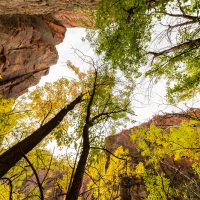