Since the late 80s, I’ve had a closet love of all things Prefab Sprout. I would only reveal my secret to those I was closest with. Women. There was the odd guy I could talk to about them, but mostly I was met with derision. Even most women aren’t into this kind of thing, especially post-Seattle/post-Oasis. So I kept it to myself. Most people can’t get past the jazz-lite or the voice or the Thomas Dolby production. And I don’t fault them. I was accused of having gay tastes in music beginning with Prefab Sprout. There is nothing wrong with gay tastes. But when surrounded by people whose musical taste begins and ends with Led Zep, anything else is either “pussy” music or “fag” music and the label means nothing unless you are watching a pride march or walking down Castro or are, in fact, gay and have an undying love of all things diva.

And how can I really fault these people? Not many people are going to lose their virginity to lyrics like:

You surely are a truly gifted kid
But you’re only good as
The last great thing you did
And where’ve you been since then?

Particularly if those lyrics are surrounded in a Ravel/Debussy/Modal Jazz influenced wash of 80s reverb and synths sung by a Geordie.

Despite the past and future derision of the alt/indie crowd, I’m sticking to my belief that Prefab Sprout is a perfectly mixed cocktail that is best drunk alone or with someone else who gets it. Otherwise the subtlety and beauty are lost. I end up defending and not enjoying.

The point? I had relegated them to the darkest regions of my musical closet until I heard a piece yesterday on KCRW. It was by Paddy McAloon (Sprout frontman). The project is called I Trawl the Megahertz. The piece I heard (the title track) is something like 20 minutes long and features an American actress reciting lines that Paddy heard on talk radio while he recovered from eye surgery. He recorded hours of it and took the best lines and reassembled them. The piece is haunting, weird and wonderful. It made me want to shout proudly “I’ve known about this guy for at least 15 years, fools!”

The problem, of course, is that I was shouting to iTunes. In my head. 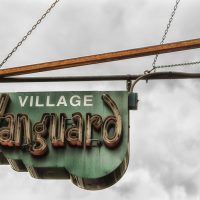 It’s all a Blur