Inside look at the McCain campaign and its narrative attempts:

John McCain – The Making (and Remaking and Remaking) of the Candidate – NYTimes.com

This election cycle was supposed to be about “the story”. Unfortunately for McCain, his ever-changing direction has been completely transparent. Normally, that wouldn’t be such a big deal. But with the economy tanking, ever-changing isn’t what people are looking for in a candidate.

The bigger issue facing the GOP is that it is starting to look more and more like the party of yesterday. Nothing has accelerated this more than the selection of Palin as a VP candidate. The GOP looks as if it’s not the solid block (from David Frum, no less) that it has been over the past 25 years. Moderates are turned off by the current GOP tactics of name-calling and appeals to an increasingly fringe base.

The latest scare tactic from the GOP? The language of the dangers of one-party rule, which ring empty, given that the GOP has had it’s chance during its years of one-party rule to move the country forward and failed. One-party rule under the GOP gave us the massive failed response to Katrina, Tom Delay, Karl Rove, extreme fringe politics (manifest in the ridiculous Terry Schiavo case), partisan divisiveness and no end of voting district gerrymandering to ensure it stays in power.

Barack Obama has represented a surprising calm in the face of disaster. His demeanor in the face of relentless character attacks (which haven’t stuck) shows a presidential character we haven’t seen in a long while.

There have been gaffes on both sides, to be sure, but on substance alone, Obama shows an approach to problem-solving and has ideas to move the U.S. away from the apocalyptic, New Testament informed end of days chaos we’ve seen from the Bush/Cheney cabal.

Biden’s remarks about Obama being tested in the first six months isn’t quite the homerun for the GOP that it’s been made out to be. Both Clinton and Bush were tested in their first years as president with attacks on the United States. Joe Lieberman said the same thing on June 29,2008. I don’t think it’s reckless to assume that no matter who is president, the United States will have to be vigilant and aware. 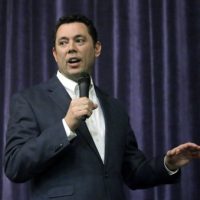 Fodder… Grist… What have you…