The Media is the Message, Massage and Mess

This is an hour-long documentary about how media is used and controlled and can be the controller. It was made in the early 1990s during the 1992 elections using feeds from satellites that weren’t yet contextualized by the news organizations. Larry King talking with Gore, Clinton, Bush and Pat Robertson behind the scenes about any number of arcane and not arcane at all topics.

Fascinating. Every side does it, but what is most frightening is how the media can control who gets a voice. Sure, the internet has changed that somewhat, but television is still the most consumed mass media.

Via: Mefi and Coudal.

It’s spooky to hear how Pat Robertson reacts to Tom Brokaw talking about 1996 and how organized the religious right was. Does the left have anything approaching the county-level organization?

Some Thoughts about Big Love 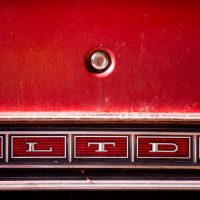 A Tender Story of Intolerance