I have another in a series of brilliant ideas, disseminated here poorly. In three days, I’ll have a better, funnier way of telling it and I’ll have severe George Lucas urges to start modifying the post. But I won’t modify the post. Instead, I’ll let it become the usual paean to mediocrity which is part of the Blurbomat Creed.

The only problem I can see is that Public Storage seems to have a variant of this idea. However, the cost is pretty high (they offer Powerloading!), and you have to have space for all the giant containers (Non-Cocooninator compliant) and be sure that your neighborhood won’t be vandalized by young thugs. I’m pretty sure Public Storage could attract a new market segment with a mid-level pricing point with the MovaTron/Cocooninator system. Also, Powerloading doesn’t work in San Francisco, or other, non-flat places.

Plus, who doesn’t want to work some hydraulics?

« Not Waiting on a Lady
Dog Day Morning »

It’s Been a Long Week 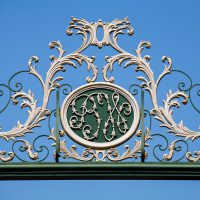