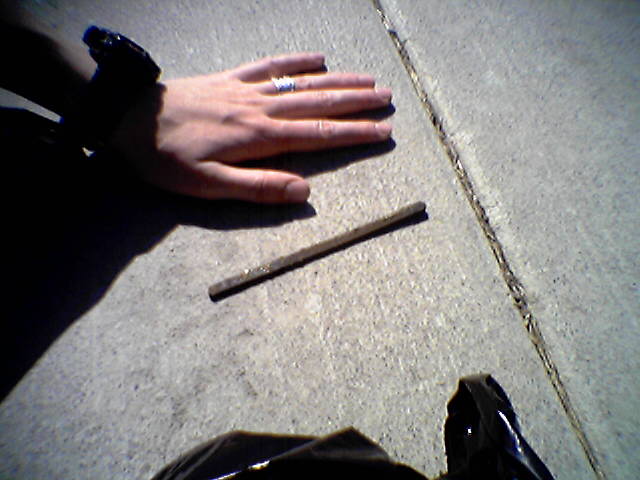 The Saga of the Corn Dog Stick

About a month ago, we attended a party wherein Chuck stole and ate a corndog from a child. He consumed not only the hot dog portion (invoking weird cannibal issues), but also the stick portion. As Heather has noted, we never saw him pass the stick.

Last week, Chuck had several x-rays of his abdomen. We thought it might be the stick and we’d have to have it surgically removed.

Today, Chuck passed the stick. WHOLE. The photo below should tell a substantial part of the story. Heather will undoubtedly tell the rest.

This is no lie. The stick shown next to Heather B. Armstrong’s hand was eaten and then passed by Former Congressman Henry Buck Chucklesworth Hamilton Armstrong aka, Chuck after a 30 day gestation.

Selling Out, Now With More Sellouty Goodness Than Ever