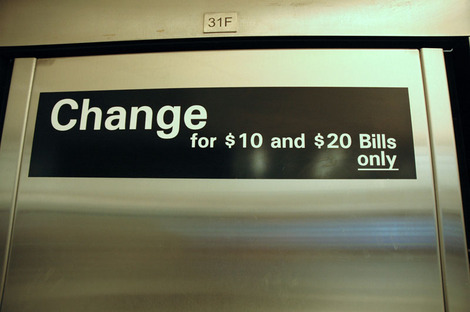 As a progressive, I’m all for public transportation. Especially rail-based subway systems that are cheap and efficient for the masses. Examples of good systems seem to mostly point to Europe, but in the U.S., there are some cities that get it right. New York probably comes the closest. On the left coast I don’t know if San Francisco’s MUNI system should be considered anything other than a major embarrassment.

Prologue:
In 1998, I started working in San Mateo. I was staying at a friend’s place (until the paychecks started arriving and I could get a place) over on Fell, in the Upper Haight. My instincts were to walk up Cole to Carl and get on the train, taking it around the newly minted Embarcadero above ground line to the Caltrain station and then get to San Mateo via Caltrain. The day I started full-time was the famed “MUNI meltdown” where the trains were stopping mid-tunnel and poorly trained drivers weren’t doing the correct procedures to get the computer system to take over driving the trains in the tunnels. It was a disaster. After arriving late on my first day, I decided to forego the trains and use buses to get to Caltrain. They were faster. I had to take two different buses, but it worked. That commute was hell. I would get up at 5am and out the door by 5:45 to make sure the bus schedules got me to Caltrain in time for the two trains that ran to get me to work on time. Work was cool, they knew the pain.

Episode I:
In late 1999, MUNI had it together, but it was still faster to take the N to Powell, get off, walk to 4th and grab a 30 and get off at Bryant rather than take the N all the way around. The spectacular view of the Bay bridge was lost, but precious minutes were gained. I figured at least a ten minute savings in time.

Episode II:
In late April, 2006, we have a day in SF to meet friends and take photos. We decide to save some money and take an N-Judah from Powell out to 9th and Irving to check out Golden Gate Park. We hit our first obstacle. As a resident, I knew to get a MUNI Fast Pass, even if I didn’t use it daily. It just saved a lot of hassle. It was known as the Fast Pass Paradox. I had forgotten that when you want to ride MUNI as a part-time rider, you need quarters. Lots of them. My scenario on this beautiful April day was a worst-case scenario, but beyond my paltry struggles it screamed hatred of users and seemed anti-consumer, anti-tourist, unfriendly and needlessly complex.

In order to take the train, we had cash. We had a $20 US note. We had a $5 US note. We didn’t quite have $1.50 per person in change that each person would need. The $5 could get the two of us there, but we’d have to make change as the MUNI turnstiles only accept coins.

I speak to the station agent, who exists mostly to look at transfers, buzz people through and point. The gut punch of not being able to get reasonable change from a human brought me back to the Fast Pass paradox.

“But BART is right there at Powell, so you’d likely just get change from the BART change machines, right?”

Sure! Except I’m faced with the following:

So we can get change for our $20 note, but the dollar coins it gives won’t work in the MUNI turnstiles. I’d even pay $4 to get our asses on a train, but I can’t.

“Ahh, but there are new, friendlier BART change machines,” you say. 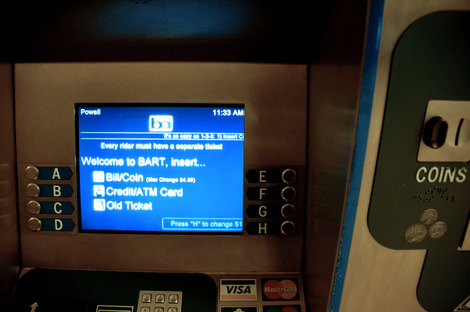 Going back to the station agent to ask about options, we are informed that if we buy a BART ticket for the smallest amount, we can get change from that machine and use the change for MUNI.

But be careful if you take this route. The tickets are incompatible with devices I hadn’t heard of called “Celluar phones”: 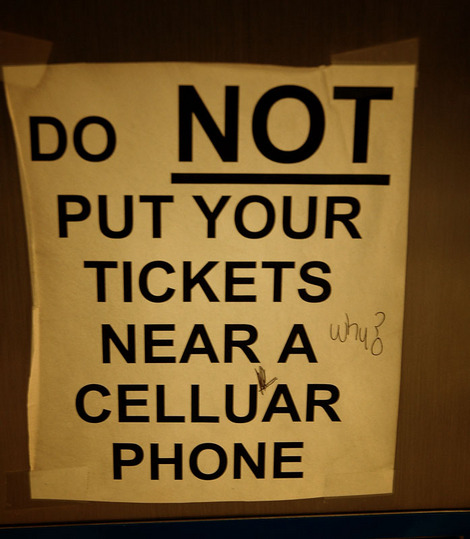 These signs were on every new change machine.

We scrounge for change again, digging up barely enough after a frantic search through pockets, purse and nervous laughter.

Episode III:
It is still late April, 2006. We got through the turnstiles at Powell station to get on an outbound N-Judah MUNI train. we grabbed our transfers from the turnstiles so we could use them later, if we needed. We head down to the platform, and walk a quarter mile to the end of the platform where the trains stop. I know this because I used to live in San Francisco. There is no signage directing people. God help you if you are from another country or a tourist. We have a short wait for our train, comparable to a Tube or Metro wait in London or Paris. We embark.

The train hits Civic Center and stops. And we wait for awhile. Then some more. Then we wait again. Then we get an announcement. The announcement says, “Frrrm SKmmmmmppphhhh tunnel SSCCkkkffff ssssiehhhl.”

The doors remain open, to allow people to leave the train of their own volition. Because you can see everybody having the same discussion. “Should we get off now?”

We wait 10 more minutes and I suggest a bus. I also notice that the train has the incorrect destination showing on it’s sign: 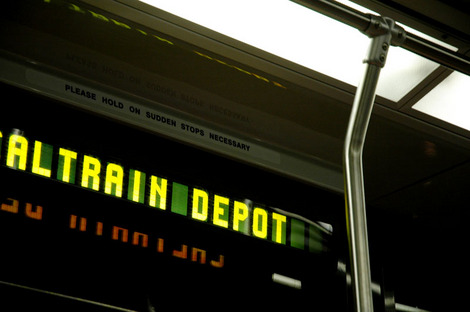 I realize that to catch a bus, we’ll have to walk back down the sketchiest part of Market Street and who knows how long we’ll wait for a bus. We do it. We wait. And wait. We decline purchasing something from a homeless person who then launches into a loud rant about the unseen and stomps off in a haze that makes me hate Reagan even more (see also). After 25 minutes or so of waiting, we decide to take the hit and get a cab.

Conclusion:
San Francisco hates itself. If you are going to pretend to be a liberal outpost; a people’s city, wouldn’t you pride yourself on making the trains run?