Turning This Car Around – Episode 01

Back in 2012, I had an idea for a podcast about being a father. I sat on it, thinking that it wouldn’t be that good or interesting. But I decided to pitch it and believe the dream. And because I found two fantastic podcasting veterans as co-hosts, it’s turned out better than I could have hoped. It’s called Turning This Car Around.

My co-hosts, John Moltz and Lex Friedman, are fellow dads, geeks, writers and veteran podcasters. If you’ve listened to The Talk Show, you’ve heard Moltz. Mr. Moltz is probably best known for his Crazy Apple Rumors site, which has given the world some of the best fake Apple rumors in history, such as Schiller Describes Wild Weekend from 2010, when the not yet released iPhone 4 surfaced on Gizmodo. Moltz’s has also written these great pieces for Macworld:

What Apple does best: reinventing, not inventing

The sad state of Apple rumors

Lex Friedman used to appear on the very funny podcast Unprofessional and watches classic movies he is supposed to have seen on the podcast Not Playing. Friedman also started a show called Your Daily Lex. Friedman has also appeared on every podcast in the known universe. As if all of this wasn’t enough, Friedman used to work at Macworld and you can read a few of his pieces:

The App Store turns five: A look back and forward

Hands-on with the iPhone 5c

I’ve admired both of these guys from afar for years and now I am working with them. Believe the dream, people.

So yes, I’m entirely outclassed. I hope you enjoy this pilot episode!

« This is a Hard Drive
Episode 2: Planning is Super Fun » 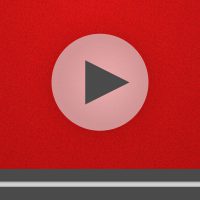 The Island of Doctor Moreau