The Last Days of Internet Radio?

Businessweek article on changes by the Copyright Royalty Board that may or may not signal major changes with who can afford to provide streaming music. So much for a level playing field. According to the article, even the major players are going to see increases in royalties they must pay. If I’m an artist, I would consider internet radio is a godsend.

Somebody is being stupid and greedy. And it’s only going to further the move away from “mainstream” sources of music. If KCRW goes, I’m hurting.

UPDATE: See today’s Salon article on this subject with a little deeper analysis.

« Untouchable Rove?
It wasn’t for blogging. » 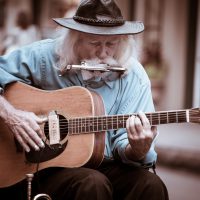