Gah. Rumor mill is cranking up hardcore in advance of the new iPhone announcement. MacRumors had the above video made to demonstrate a taller iPhone. From their post:

Some of the behavior in the video is speculative, but we believe it is likely representative of how a 4″ iPhone would work. The evidence of such a screen has been overwhelming with part leaks and evidence of iOS support. Apple is expected to launch the new iPhone on September 12th.

Every year I say the same thing: “I can’t see a reason to upgrade my iPhone this year. I’ll just wait for my contract to end and skip this generation.”

Then I see the phone or the photos from the phone and I’m all in. This has been true starting with the 3GS in 2009.

I hope this next generation iPhone is thin and more durable, if only because I’ll probably see the damn thing and want one.

source: Video Demo of What a 4″ iPhone Screen Looks Like in Action – Mac Rumors.

From a Late Night Train

Will AT&T Turn on Mobile Hotspot for iPhone Users? 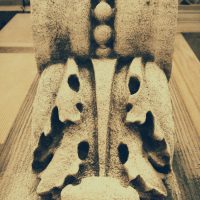