What Was He Thinking?

Over the weekend, news broke of a music producer being arrested in Dubai. CNN, NYTimes and others picked it up. What’s so striking? The involvement of Utah’s ultra-conservative Senator, Orrin Hatch (R). Seems Orrin pulled some strings and helped the producer avoid any jail time. Orrin and the producer share a friend, their music attorney.

Background on Hatch:
Hatch is the senator who, in 2003, suggested that people who download copyrighted materials should have their computers automatically destroyed. This article points to Hatch’s hypocrisy as his website at that time used an unlicensed javascript (that helped build site navigation).

Hatch has clung to the chestnut of using election year wedge issue tactics. Since I can remember, he’s brought up a flag burning amendment to the constitution, wanting to make it illegal to burn a U.S. flag in protest. This motion died on the floor recently.

Endorsement Time
Fortunately, for Utah residents, there is an alternative to re-electing Mr. Hatch. Pete Ashdown, a local internet entrepreneur is running against Hatch. I think Hatch should be worried. But that is more a hope than anything having basis in reality. Here is Pete’s take on Hatch’s behavior. Ashdown mentions a Utah family (SL Tribune article here) who tried to play by the rules and were deported. Hatch didn’t lift a finger, but his staff attempted to help the family through the bureaucracy. Quote from Hatch’s staff:

“it appears unlikely the senator will sponsor legislation to ensure legal residency for the Sahs, said spokeswoman Heather Barney. That, she said, is reserved for rare life-and-death situations.”

It would seem that with Rush Limbaugh’s battle with prescription drug dependency, maybe the GOP’s stance has shifted in their War on Drugs? Maybe Hatch is pro-cocaine now? Does this contribute to the culture of corruption? Or is it just a lack of culture? Or being afraid to touch immigration issues in an election year?

I wanted to wait until September before I mentioned my support of Ashdown, but I can wait no longer. Blurbomat is endorsing Pete Ashdown for the U.S. Senate this November. It’s time for some new ideas.

[Thanks to the main Mump for sending me the Ashdown link this morning.]

« Coming Out of the Musical Closet
Advertising Does Work » 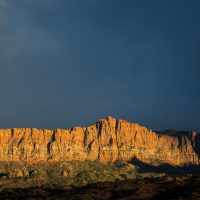 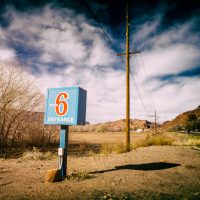