Why people think Utah is crazy

I’m posting this for Utah residents who wonder why the world thinks Utah and its residents are nutty.

Backstory: The city council in Kanab, Utah passed a “natural family” resolution mandating that a family consisted of a father and mother “as ordained by God”. The resolution also indicated strict gender roles and that the natural family should have a “full quiver of children”. Kanab is a small town and a smallish tourist destination, but the resolution has cost the city.

Arthur Frommer, a prominent travel columnist and guide publisher, called for a boycott of the city:

“If they discriminate against other Americans, then some Americans should not visit them,” Frommer said Thursday from his New York home. “They really ought to wake up and join the modern world. It is nothing else but bigotry to adopt resolutions like that.”

When people dis Utah, it is this kind of thinking and posturing they dis. Most people who share Mero’s view don’t realize how they appear to the world. They are blinded by their fundamentalism.

Mero’s failure to realize that his rhetoric and thinking are what is causing the economic downturn, if any, in Kanab. You can see his (and other Kanab residents’ bravado quoted in this Deseret News story. This is how far gone from reality the fundamentalists are. “Some high falutin columnist from New York ain’t gonna tell me or my small town who relies heavily on tourism and film industry dollars what to do.”

That Mero has the audacity to state that ignorance is what fuels the backlash. Ha! A page right out of the GOP playbook. Flip it on your opponents. They are the ignorant ones. Penumbra’s notwithstanding, my personal worldview is informed by a principle called the separation of church and state, Mr. Mero.

Not all in Kanab agree with the resolution. The Salt Lake Tribune has run a ton of stories about how citizens and businesses in Kanab are trying to counter the negative effects of Frommer’s boycott. Here are a few:

And a couple from the Deseret News:
‘Family resolution’ is defended (puff piece that starts off with a nice line of free ad copy for Mr. Mero)
‘Natural family’ resolution is called ‘exclusionary’

I’m kind of fascinated by the rural/urban play that is happening in that last Deseret News link. Conservative small town near polygamous compounds passes exclusionary ill-informed and mean-spirited law lobbied by group headquartered in city 100 times the size of small town.

Sidebar: A teenager who disagreed with the resolution called out the mayor of Kanab, Kim Lawson, in the Kanab paper, the Southern Utah Sun (couldn’t find content online) and got the Mayor calling the school district superintendent AND the teenager’s Mormon Stake President. Story here (unintentionally ironic link to the very conservative Provo Herald‘s website) and another take here. I wanted to avoid the Mormon angle, but since Mero attacks his fellow LDS and the fact that the mayor of Kanab is Mormon, it’s unavoidable. This is an example where there is an extension of a fundamentalist dogma and doctrine. It will, through agents like Mero, try to seep into public policy, where it has no place.

To the fans of Mero and those who might agree with the resolution and want to play the agenda card, the only agenda I have is to not legislate hate. And that’s what is happening. Even in small towns, the government should not dictate what is ordained of God. I believe Mr. Mero’s kind of thinking is what hints at fascism.

This is a prime example of infringement on personal rights and freedoms that fundamentalist thinking, which starts in a religion and then ends up as public policy, has on a society. 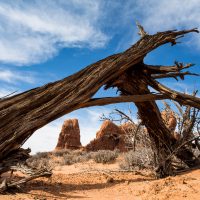