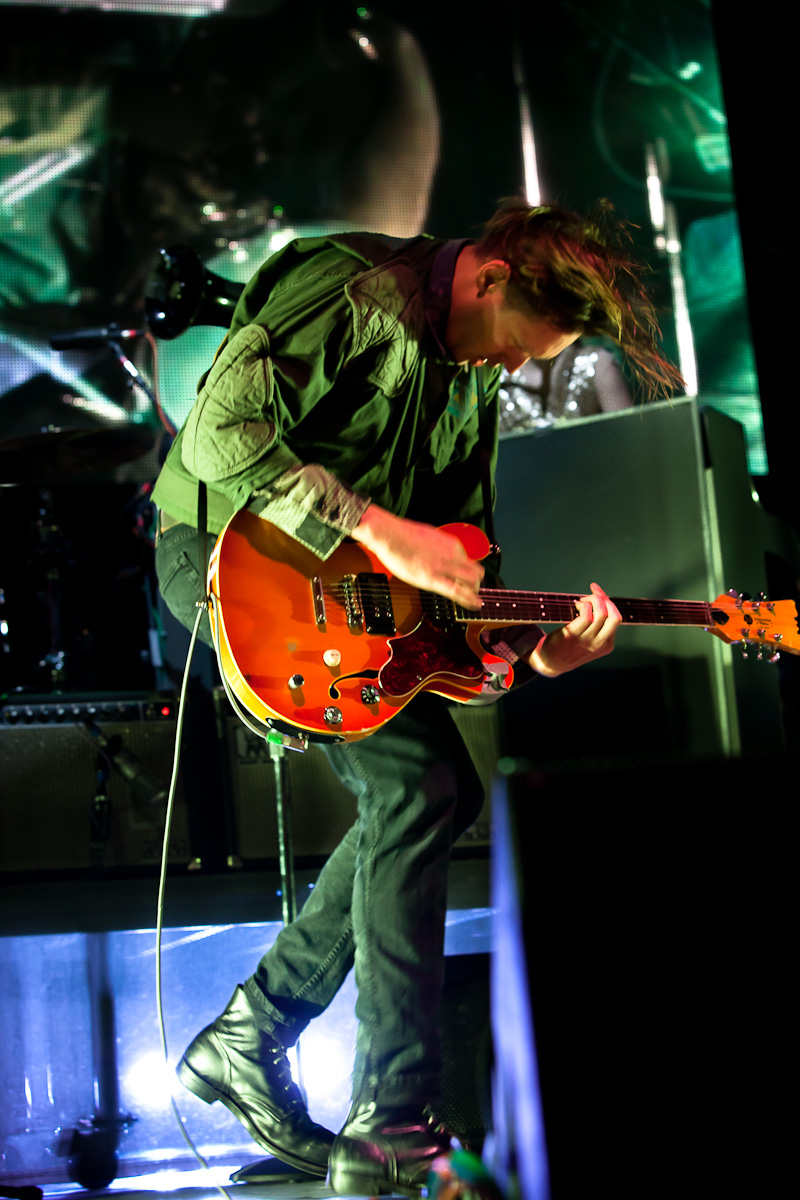 It’s been nearly three years since I’ve been able to shoot a live band. The circumstances were different then; that event was an outdoor festival, and we weren’t allowed to shoot the headliners from right up front in the pit, so all of the shots we did get from the pit were taken during midday, including the challenges of midday light. That was at Outside Lands and of the bands we got to shoot, Wilco took the stage at the golden hour. They were also the only band where the stage lighting played into the shots. I’m not including the Radiohead shots, because we weren’t allowed in the pit and could shoot at leisure with our comparatively tiny point and shoot during their entire set. You can see these photos here.

Most touring acts allow photographs only for the first two or three songs from the moat/pit up front. It’s harried and hectic, moving about trying to capture the perfect moment while the band takes the stage on a high from the crowd and other photographers angle for the best shot. If you are a fan of the band, it makes it worse, because you are only feet away and they are likely playing one of their stronger numbers to start the show. It’s difficult not to rock out and ignore the whole photography aspect. However. I felt like I needed to bring the photos. Heather let me take the 5D Mark II and she shot with the 5D (now nearly five years old!). I shot with the 70-200 2.8 and it was a revelatory experience to be able to push further in than I really needed. The pit last night was more shallow and the stage lower than Outside Lands. I’ve got some other shots I’ll be sharing, but I really wanted to get this one edited and share it as it’s one of my favorites from last night. Love the lights, his hair and the sheer intensity of Butler’s playing. I felt this shot captured the energy of the show.

I sure wish I had this setup (including the digital part) back in 1995-8. Our magazine would have looked a few billion times better.

I should thank Heather for being amazing as to secure two photo passes and thank Arcade Fire (especially you, Maureen!) for granting them. Shooting this band was an experience I’ll cherish for years. 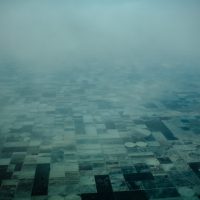 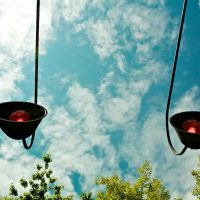