Yes We Can Reform Healthcare

During the past few months I’ve tried to research and write about healthcare reform in the U.S. in a way that would clearly explain the need for government intervention. Most U.S. citizens are living in denial when it comes to healthcare cost and just how horribly the U.S. ranks in the world compared to other developed, industrialized nations.

Given the fact that we had a baby in June, I haven’t done quite the job I had hoped I’d be able to do to make an ironclad case for reform. The issue of healthcare reform is top of the list for me and my family. It’s one of the reasons we voted Obama/Biden in 2008.

Yesterday, we took Marlo to the doctor to get her check up and be vaccinated. She’s doing great. We had an intense day on top of that with repairmen (long story for another day), FedEx (longer story for another day) and visits from extended family. Given all of this, I didn’t have a lot of time today to check Twitter and at 1:30 am this morning when Marlo awoke for her feeding (and I couldn’t sleep), I hit Twitter to catch up. I was blown away by what I saw.

“@whitehouse it is time for the President to bust out some charts and graphs showing where US is in the world on healthcare.” (click here to see it on twitter)

I didn’t think the people behind the White House Twitter feed would listen. I was wrong:

We are living in wonderful times! I’m still giddy about being responded to! What about those links? The first link in the above response goes to:

Hidden Costs of Healthcare: Why Americans are paying more and getting less

“Americans are spending more than ever on their monthly premiums while simultaneously being forced to pay higher out-of-pocket costs as a result of rising deductibles, copayments, and other cost sharing mechanisms.”

(Ed. note: there are footnotes for sources and numbers on the linked page)

It’s a great start to explain just how crazy the inflation in healthcare costs are for the U.S.

The second link from the White House tweet goes to:

Coverage Denied: How the current health system leaves millions behind

“All high-risk pools also impose pre-existing condition exclusions for six months to one year, during which time care for the very condition that made someone uninsurable is not covered.”

Ed. note: there are footnotes for sources and numbers on the linked page)

Long-time readers will note that this “high risk” coverage provided by a state (not on a federal level) is the kind of insurance that I, Heather and Leta have. As individuals, not a family. Everything in the above quoted paragraphs is true for us. It’s expensive, but fortunately we live in a state that has such a “high risk” pool and thanks to your continued support, we can afford such insurance.

I want more charts and graphs, because they quickly tell a sobering story of healthcare in the U.S.

I am going to restate the obvious because I’m still in a state of giddy shock: The White House responded to a tweet of mine! 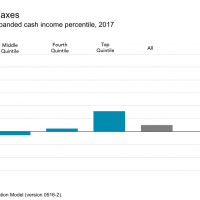 Link: The hidden reason Republicans are so eager to repeal Obamacare