What is the compulsion for Americans to move move move Modern Bedouin style in giant yellow trucks? To further opportunity and experience alone? Such questions are beyond the scope of the not-so-daily blurb. Regardless, Blurbomat has fully relocated to Los Angeles. There is an urge to recall and re-publish a column in the old SPY magazine called “Admit it it Sucks” and it would tackle things like Jazz or San Francisco. And it was dead on right. 22 minute bass clarinet solos and frozen summers suck. However, as the first metropolitan area that the Blurbomat editorial staff visited and fell in love with, it was imperative to at least live in San Francisco for a time. The difficulties of economics and relationships turned the love affair with San Francisco into something else entirely; a mausoleum for delusional teenage fantasies.

Two quotes are perhaps of use. Both are from people not born in the United States but have lived for years in San Francisco. The first, from a college roommate who moved to San Francisco in pursuit of a gay mecca and was spoken a month before he returned with his boyfriend to England–

The second quote is from a former copywriting partner–

“San Francisco is a sea side shanty town compared to Paris.”

They are both right. San Francisco is a beautiful city. But it’s not New York, London, Berkeley or Berlin. Blurbomat is happy to be moving on, despite leaving friends and colleagues. Rent is cheaper in Los Angeles. It’s warmer. The pretense is manageable. Blurbomat is pursuing a new dream, a dream of adult ambitions. It is new and wonderful. Being a grown up isn’t half bad. Really. Plus, the new roommate is posting stuff we’ve done together like this (go to the Sham Francisco link)

Selling Out, Now With More Sellouty Goodness Than Ever 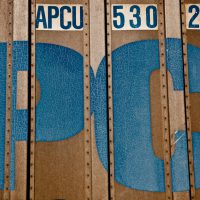 It wasn’t a yell.