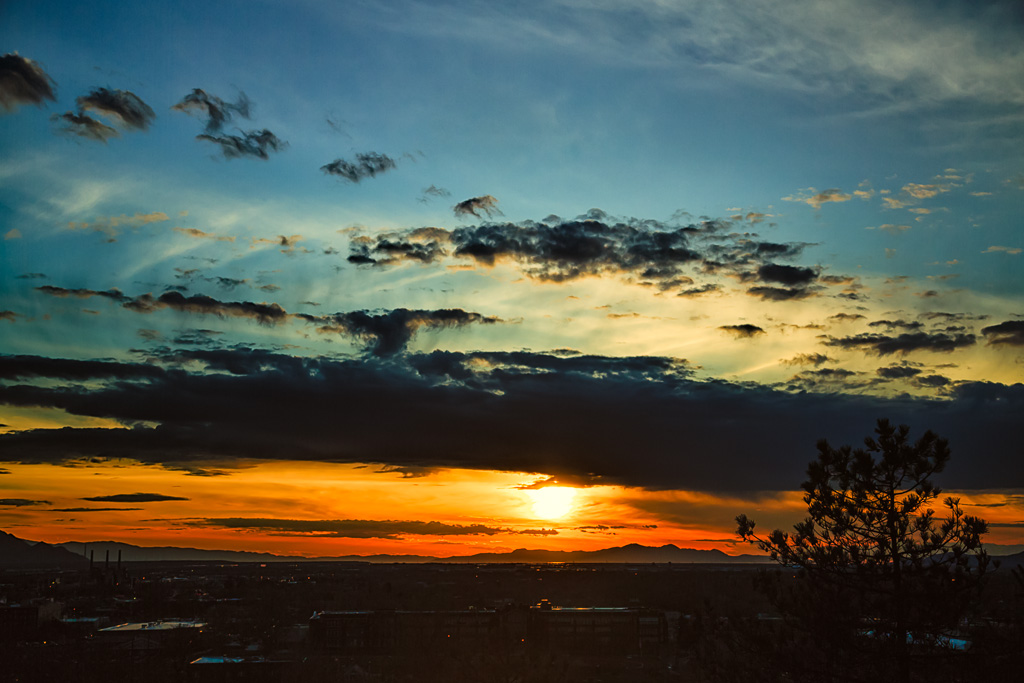 End of the Day

I love the dark fingers of the lower bank of clouds marking a dividing line between the blue daylight and fiery dusk. I took this behind my place and I realized after looking at it on a large screen that the sun is moving to the point where I’ll be able to shoot sunsets from my bedroom. I could probably shoot even better in the girls’ room, but they have to do this thing called sleeping. Which is important. More important than me capturing the perfect sunset. So I’ll give their window a new coat of alien-proof tin foil so the light won’t get in and I’ll set up shop with my old school tripod and watch the sky, hoping for that perfect combination of clouds, pollution and blue sky.

This one was captured with my variable neutral density filter on the front of my lens and I think I’m starting to understand how the damn thing works. It means shooting full manual and taking a few shots to dial in the variability. I wanted the flexibility of a variable filter, but that flexibility comes with a time hit when in the moment. I’m not quite to the level where I can hit it with two or three shots, but this shot was a definite improvement over my shots in southern Utah.

I have to remind myself when I stop to take photos that the time hit is worth it. The images are better and I have to do a lot less fiddling when editing in front of the computer. 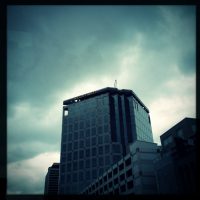 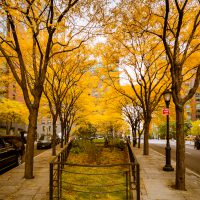 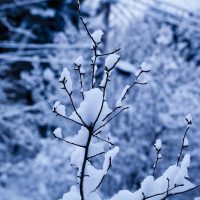