After years of regularly listening to podcasts from the TWiT network, I finally appeared on one. This was recorded April 2, 2012 featuring a bunch of photographers from the Festival of Colors. It’s an hour and forty minutes, but there are some fantastic photos shown and discussed. I’m still feeling great about the photowalk and the festival itself. When I’m introduced I spoke a little loudly and my audio pegs pretty hard. It gets better after that.

You can subscribe to Trey’s Variety Hour in iTunes, watch on the show page on TWiT.tv, watch on YouTube (it’s not easy to subscribe to just Trey’s Variety Hour, but if you hit TWiT’s YouTube channel feed, you can find it) and see other options on the show page. EDIT: You can also watch it on Trey’s YouTube channel. Even if you don’t watch it, Trey’s someone (just like all the other photowalkers) you should be following.

Huge thanks to Scott Jarvie for the invite to appear on the podcast and to Thomas Hawk, Lotus Carroll, Ricardo Lagos, Devin Graham, Michael Bonocore, Jeremy Davies, David Daniels, for their kindness, humor and inspiring shots. 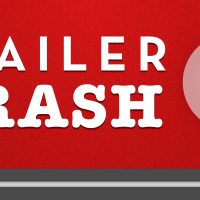 This Ends Before I’m Born