I remember reading as a kid that the images from space of our planet helped sell the ecology movement of the 1970s. Something about seeing our blue planet from afar and realizing that’s it. That’s our home. If we screw it up, done, zombies or not. 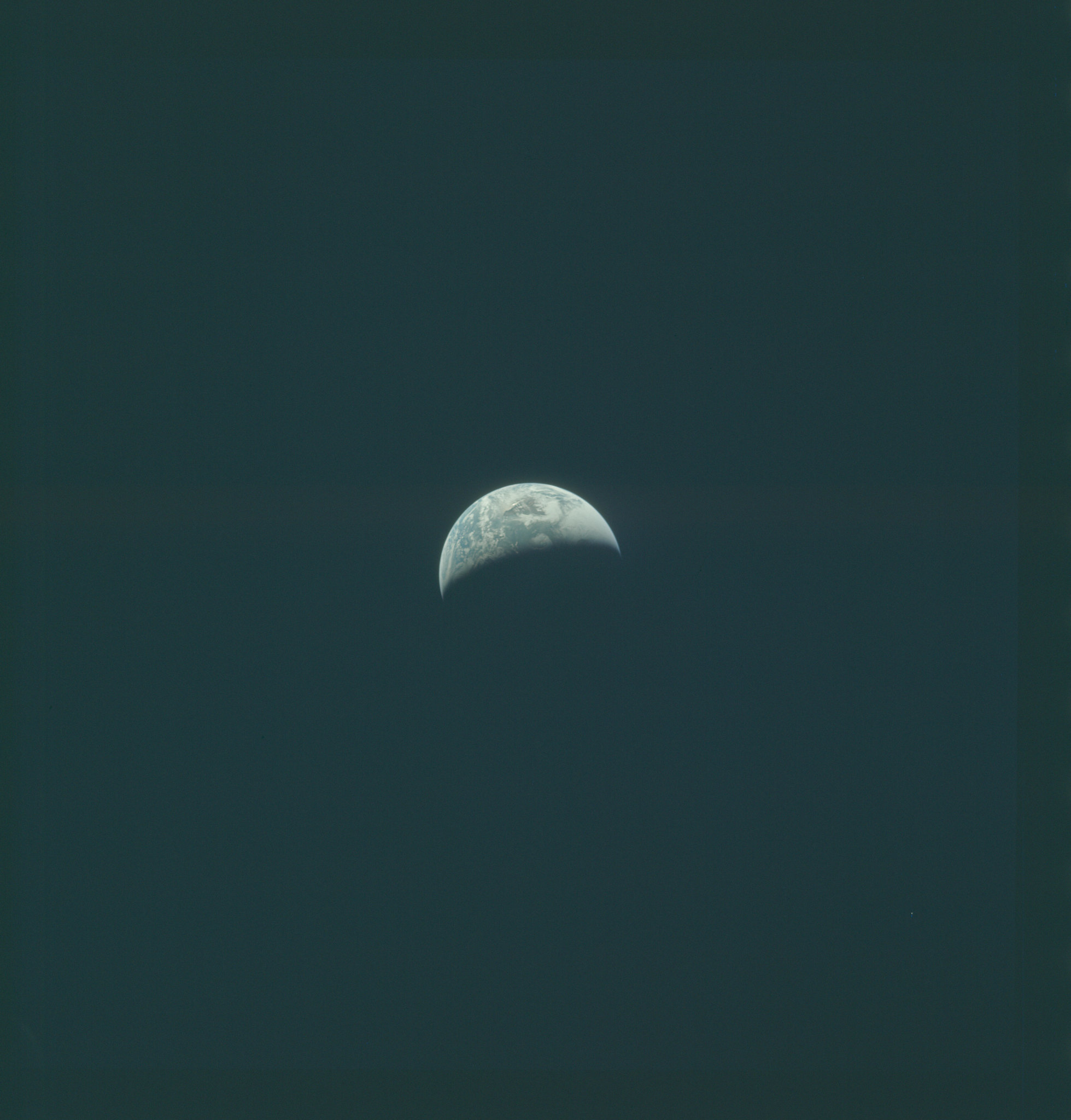 Everybody across the internet has linked to these recently released and astounding images that NASA shared on flickr from the Apollo program. For me, the best part of these images is realizing that somebody had to figure out how to get a camera into space. A film camera. How to handle the film and make sure it exposed properly in all kinds of gravity and non-gravity situations. Just that is a brain bender. How do you transport exposed film back through Earth’s atmosphere? Somebody had to ask all those questions and do all that work. And then, finally, once the camera works, how the hell do you get an astronaut in a space suit to take actual photos?

It’s been great to look through these images. My favorites so far, aside from the Apollo 11 moonwalk shots, are the Apollo 13 albums. What a tribute to ingenuity, thinking quickly, improvisation and science.

In the book and movie, The Martian, the lead character has a great line: “We are going to science the shit out of it.”

I’ve been thinking a lot about the cultural lifespan of Star Wars. It’s been almost 40 years since the first Star Wars was released. Most of my life, Star Wars has been alive. I think that the Apollo program had something to do with it. So much of my childhood was all about space, NASA and Apollo. Toys, books and TV were saturated. Star Wars was born so soon after the Apollo program ended and our thirst for exploration, for discovery and for expanding our knowledge has been brought out by the scenarios we saw and invented on our own playing with Star Wars toys, watching the movies (endlessly on video) and watching the movies again throughout our lives. It’s really something that what started as a movie has turned into a multi-generational experience. Star Trek surpasses Star Wars in terms of media creation. The hours of movies and shows from the Star Trek universe is staggering. However, the Star Trek universe doesn’t have the marketing saturation of Star Wars. Star Wars is deep in our cultural DNA.

What individual artifact in the history of human experience has had a similar cultural lifespan?

Art. Books. Sure, but even those haven’t spawned the amount of cultural debris that Star Wars has. And it’s all about space.

note: the featured image above has been cropped and had some contrast work done by me. Source image can be seen here.

Link: Inside Design: Netflix « Thoughts on users, experience, and design

How News Portraits Are Taken