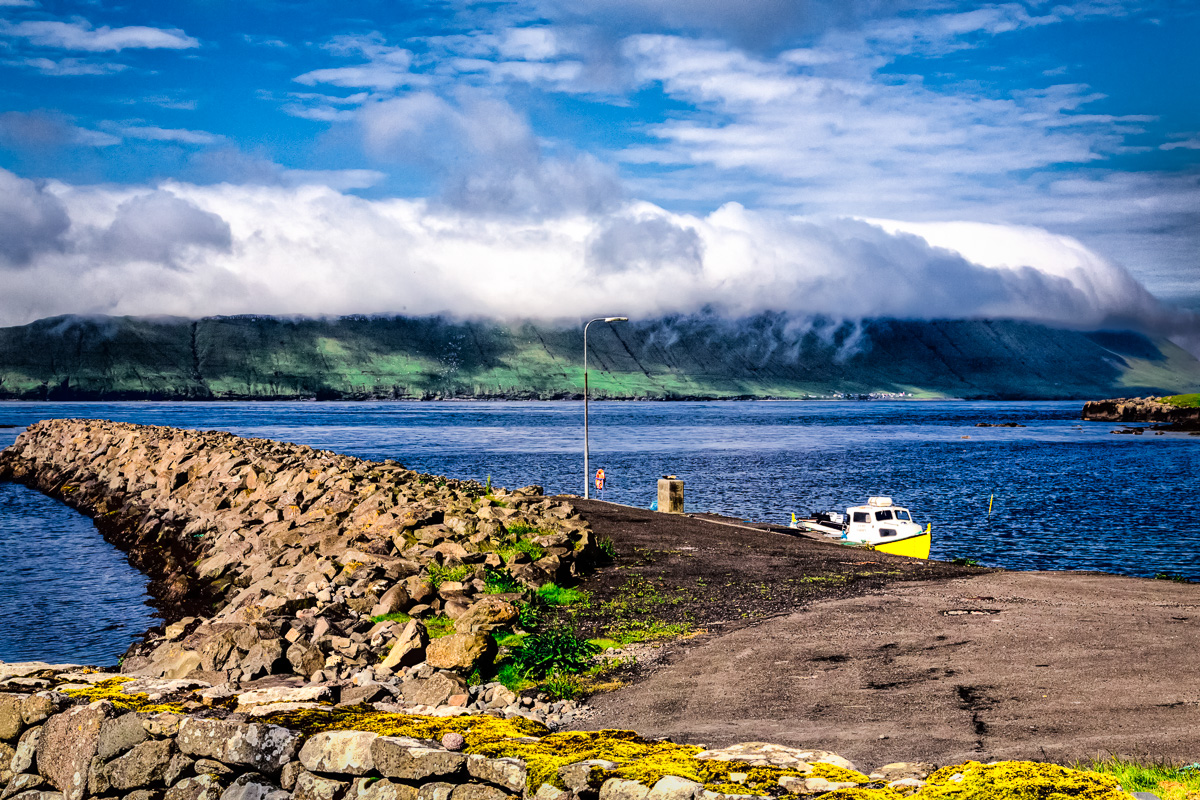 Note: There are a lot of images in this post. The page may take awhile to load. Patience will be rewarded. In order to see a larger version of an image, simply click or tap it and you will be taken to a new page with the largest available version of the image.

Among the most important historical sites in the Faroe Islands is the village of Kirkjubøur. There are two churches in the village, one in ruins, Magnus Cathedral, dating from 1300:

The other church, Olavskirkjan (Olav’s Church), from sometime in the 11th century:

The Olavskirkjan has striking and unusual art, including the church gate:

One of the church features that struck me was a single wall of windows. Most churches we’d been to had windows on both sides of the sanctuary. I wondered why the windows were on the most exposed wall of the church, facing the sea. I was wracking my brain for reasons and decided that I should quiet my mind and just take photos. The view from this window looks out to Hestur:

For me, the most culturally rich part of our visit to Kirkjubøur was seeing the farmhouse or Kirkjubøargarður. It is said to be the oldest continually occupied wooden structure in the world, having been lived in since the mid 1500s. The house has stayed in one family, the Paturssons, for 17 generations. The oldest parts date to the 11th century.

Inside the farmhouse are several rooms full of interesting treasures:

Above: King Sverre of Norway, born in a cave above Kirkjubøur.

Wood is at a premium in the Faroe Islands. There are no native trees and any you might find have been planted by humans. As such, wood for structures is usually imported. Any mistake in building would be costly, time consuming and given the nature of the weather, could possibly be life threatening. Jennifer Henke pointed out these markings to me as we made our way through the interior of the farmhouse:

We counted the logs and as Jennifer mentioned, the markings indicate which level the log is supposed to be. Shown above is level three and four. These were the easiest markings to see and shoot, but I noted a few others.

I’ve got a bunch more interior shots of the farmhouse and will share those in a separate post. I’ll leave you with this panorama created using 9 shots from my Canon 5D Mark III. Definitely view the larger image of this one:

« Faroe Islands, Tjørnuvík
The Future is Hers » 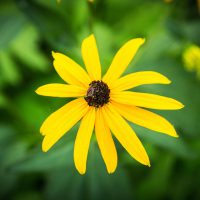 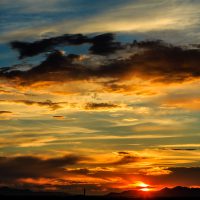 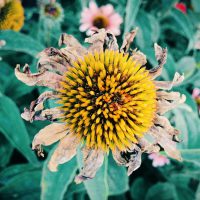