Link: An Entirely Other Day: Talking About Failure

An Entirely Other Day: Talking About Failure

“There are hints of a wider conversation out there. At XOXO, Cabel Sasser spoke movingly about what sounded to my untrained ear like clinical depression, even in the face of inspirational material success and iconoclastic freedom. Marco Arment called his talk a therapy session, and detailed how he moved from grinding fear, through personal understanding, to a new approach to his career. Jack Conte charted the collapse of his self confidence in the wake of a hit.”

“It’s about doing the deeply hard work of removing the failure taboo from our culture, allowing the human beings who try — and try hard — and don’t make it to not have to keep the fucking grin plastered to their face, for fear that they’ll be treated as damaged goods.”

« Counting Down
Load In » 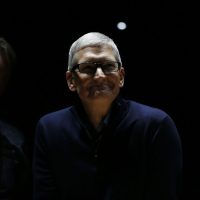 Link: Apple may have finally gotten too big for its unusual corporate structure

How News Portraits Are Taken